Checking something out here — Scope | Disability forum
If we become concerned about you or anyone else while using one of our services, we will act in line with our safeguarding policy and procedures. This may involve sharing this information with relevant authorities to ensure we comply with our policies and legal obligations.

Checking something out here 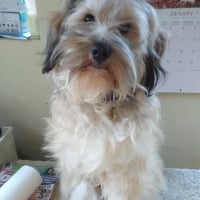 Franstrahan Member Posts: 898 Pioneering
February 2020 in Universal Credit (UC)
Someone told me on another thread about income tax, so I've checked it online. People earning 150000 or more pay 45p for each pound. So why if people claiming UC work they pay 63p in each pound? Meaning if I went out next week and earned 50 , I would only get 18.50 profit. Have I got this right?
0 · Share on FacebookShare on Twitter