F2F telephone assessment — Scope | Disability forum
Find out how to let us know if you're concerned about another member's safety.
Read our community guidelines and our community house rules. 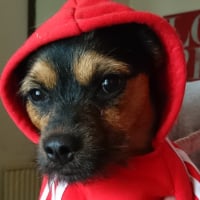 Firefly123 Member Posts: 525 Pioneering
March 2020 in PIP, DLA, and AA
Just had a phone call to say I will have my assement on the phone next week.
At least it's soon and be over with.
1 · Share on FacebookShare on Twitter
«123»