ESA CB>IB>CB — Scope | Disability forum
Find out how to let us know if you're concerned about another member's safety.
Read our community guidelines and our community house rules. 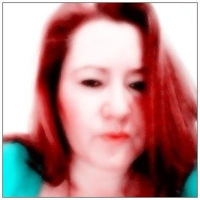 Could really do with some input.

I think in 2013 the DWP transferred him to ESA.  From memory he was awarded CB but was placed in the wrong group.  Took 2 yrs for him to be sent for a medical and finally placed in the support group.

2018 he was transferred to PIP.
Last May he was sent an ESA3 which he had to complete.  Only asked 3 questions, 2 questions about savings and the third about hours work between March 2012 and present day.  No question about IR benefits.
Beginning of July they reviewed claim and decided not entitled to IR because I was receiving IS, the day after ESA awarded him the disability income guarantee premium.

This February his claim came up for a review.  Just before the lockdown a welfare benefits specialist did a home visit and completed the forms.  The following month DWP wrote to GP.  Mid May DWP phoned to request a telephone assessment, said they wouldn’t cut benefit while waiting for decision, even if that meant waiting until face to face assessments started up again.

The telephone assessment happened, the assessor mentioned he was on the basic rate and they were hoping to put him onto enhanced rate?  No idea what she was referring to.  Three days later hubby received a letter from DWP telling him they were stopping his claim for IR and putting him back onto CB.  I sent letters to the adviser who spoke to DWP at length who had no idea where the letters came from, said he was entitled to IR and would look into the claim again.

True to their letter husband payment was reduced at the next payment date.  Another phone call to DWP who explained hubby was excluded from IR due to my IS - which was reduced in April to £6.10 a week.  Third phone call to IS said they’d reduced money as they weren’t told about the premium until April.

As per advice I’ve written to IS asking them to recalculate claim.

Adviser can’t get straight answer from DWP so he’s figuring it out himself.

1:  what could/would happen to hubby’s ESA if I stopped claiming IS?

2:  Could I appeal decision to reduce my IS given that the error was due to ESA failing to pass info onto IS dept?
Any direction gratefully appreciated.