Greetings Earthlings! — Scope | Disability forum
Find out how to let us know if you're concerned about another member's safety.
Read our community guidelines and our community house rules. 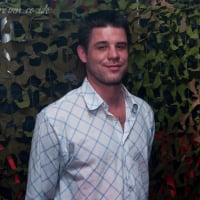 KingKongsFinger Member Posts: 62 Pioneering
July 2020 edited July 2020 in PIP, DLA, and AA
My name is Chris but You can call Me Chris if You want. I'm 40 years old and really struggling with life and disability but I wouldn't be struggling so much if it wasn't for the pesky DWP and their cr*ppy systems. I have back/rib/shoulder problems caused by scoliosis and a leg length discrepancy which have been going on since I was about 15 and I also fell from a tree aged 15 and that did something bad to My spine and ribs. I spent the best part of 10 years going to various "specialists" and was eventually told "it's all in Your head" by a pain specialist, after this I completely gave up with "specialists". In 2010 I was involved in a serious car accident as a back seat passenger where the car rolled at about 60mph and I also broke My back twice having 2 stress related seizures a few years ago in 2013 and completely wrecked 7 of My vertebrae and it's been pretty tough since then. I am lucky to be walking at all but I still try to remain as active as I can. Been having some problems with the fools at the DWP and yesterday I had a complete car crash of an esa tribunal. It was actually one of the most one sided things I've ever experienced and I didn't even get a chance to question or disprove the "decision maker's" decision, it was more like another (really bad) medical assessment and I think they are going to refuse it because I was questioning stuff they were doing so I've come here for some moral support as My brain is doing backflips and I don't know what to do