Medication for a Fear of Medication? — Scope | Disability forum
If we become concerned about you or anyone else while using one of our services, we will act in line with our safeguarding policy and procedures. This may involve sharing this information with relevant authorities to ensure we comply with our policies and legal obligations.

Medication for a Fear of Medication? 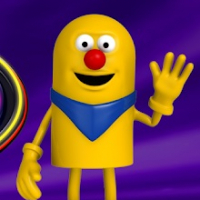 OverlyAnxious Member Posts: 1,791 Disability Gamechanger
August 2020 in Mental health and wellbeing
I can't believe I'm the only person with this issue, but I just can't find anyone online in a similar situation or any medical professional that has understood this - which leads me to believe it can't be common!  I've just had another report back suggesting the only way forward is medication.  I have NEVER taken a pill in my life, and haven't taken any form of medication since 2003, this isn't just a whim, it's a severe fear of the side effects.

Basically, my anxiety is largely caused by my own body, I can't cope with bodily functions and especially bodily fluids which is reinforced and confirmed every day.  (Snot, saliva, blood, faeces, earwax, etc!)  I can't cope with 'illness' events (bad D episodes, major nose bleeds etc) that thankfully don't happen very often, but again, each time they do confirms the fears, it does not make it easier, just adds more anxiety and makes me more terrified that it will happen again, which of course, eventually it does!  I can't cope with other people, have to live alone, and couldn't have someone come in to care for me in my own home even for an hour, let alone go to a hospital or residential setting.  I also couldn't phone for the paramedics or travel in an ambulance.

I have to try and get by on my own.  The only way I get through life is by damage limitation and avoidance of as much risk as possible.  I am well aware this isn't going to help reduce the fears, but knowing that I can't cope with even minor illness or injury means that I have to do all I can to avoid it.  I certainly don't feel I'm in any sort of position to 'challenge' these fears or accept that these things will happen.

Yet I just keep getting told that I'll have to take SSRI's before any other treatment can begin.  I'm sure we're all well aware that SSRI's cause nausea (and worse!) in pretty much everyone for at least the first couple of weeks.  This just isn't something that I'm able to go through based on current daily events and past experiences.  I already suffer with frequent nausea and there really is no room for any extra before the inevitable event that I know I can't cope with alone, or have any help with!  And that's without the potential for even worse mental side effects.

I know we're all about positivity on here but I just wish I could 'slip away' everyday as I never have been able to cope with this body and don't see that I ever will - bodies just worse as we age as well!  Ironically, it's the fear of getting it wrong and still being alive in an even worse state that stops me actively following that desire, I'd have been gone 15 years ago if it wasn't for that!
0 · Share on FacebookShare on Twitter