Inclusive Technology — Scope | Disability forum
Find out how to let us know if you're concerned about another member's safety.
Read our community guidelines and our community house rules. 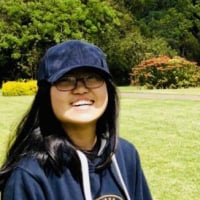 My name is Yaning and I'm studying Population Health at university in London. My friend Divya (who is also on this forum) and I are working on a project to develop technologies for a more inclusive society; I am interested in accessibility because of the subject I study and my personal experience with disability, while she has gotten involved in this field because of the nonprofit and consulting work she has done.

We have thought of developing an application and website that uses predictive text to prompt people in their everyday speech if there are words that are at the "tip of their tongue" or are difficult to find. This would take a lot of practice and machine learning before it was accurate enough, but we thought we would make a start on the idea.

Could I please ask what you all think of this kind of software?

Is it useful? Would you or someone you know benefit from it? Is there anything else we should keep in mind?

Thank you so much, and I hope you keep well and safe.