I feel like I'm losing my mind — Scope | Disability forum
If we become concerned about you or anyone else while using one of our services, we will act in line with our safeguarding policy and procedures. This may involve sharing this information with relevant authorities to ensure we comply with our policies and legal obligations. 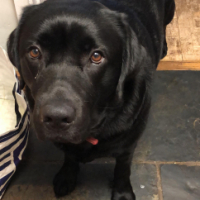 As the title says, I feel like I’m losing my mind.

In a previous discussion I talked about my ADHD and how I find it hard to apply to new jobs. On top of the issues I face with ADHD I also suffer from Depression and anxiety. And since I posted last my mental health has taken a nosedive.

A few things happened that may have triggered it, including the death of one of my pets, relationship issues, and feeling out of place at work. It all added up to a night where -for the first time in my life- I had to make use of a crisis line. They helped me get through the night, but it definitely felt as though they just wanted to stop the conversation with me.

Since that night I’ve felt awful. Lonely and empty.

I’ve attempted to contact private therapists only to receive no answer, not even an automated one. My GP surgery is utterly useless as I get put with a new doctor seemingly every time I need to see them (and some seem to have very little understanding about mental health). I’ve been told there’s a three year wait time for NHS therapy, and I have very little to no faith in the online therapy services I see advertised. This has understandably caused more issues surrounding my feelings of rejection.

I’ve been in and out of contact with friends, trying to show an upbeat image to them since they’re all dealing with their own things. And even though I still live at home with my parents I can’t speak to them on my issues. The last time I tried my mother made it into a ‘Who has it worse’ competition and admitted that I’ve been a burden on her and my father since I was born. She listed all the things she had achieved by my age (25), and how I’m completely useless. All I wanted was a little compassion and understanding from the people who are meant to care for me the most.

They’ve been away on holiday with my brothers for two weeks and are due to arrive home tomorrow. Instead of spending those two weeks on my special interests, hobbies, or even seeing friends, I’ve been obsessively cleaning knowing if one thing is out of place then the rest doesn’t matter. I got permission to build a path in the back garden but became so overwhelmed by the thoughts that the house may be a mess I have left it half finished. By half finished I mean I’ve dug out all the dirt but have been unable to progress further.

Because of the cleaning that needs doing I can’t seem to get any work done in the office as I keep thinking about what has to be done at home. Then when I’m at home I feel so overwhelmed and useless that I become paralized about starting on anything. Whole days pass without anything being done at all, and I’ve developed the worst case of facial acne I’ve ever had due to stress induced skin picking. I’ve also relapsed into impulsive spending, stupidly putting it all on my credit card. On top of that I’ve put off eating for hours at a time and my personal care has slipped.

I have no options for moving out due to my financial situation, nor do I feel I can speak to anyone at work as my parents also work here and are the only reason I have my job. I am searching for a new job but due to my ADHD needs and lacking CV I’ve had no luck at all. Maybe I’m just too picky, but I can’t stand the thought of entering a workplace where I have no interest in the work, or am in an environment where I’m not cared about. I did contact Scope’s

I also feel as though I’ve not said anything coherent in weeks. Every time I open my mouth or type it feels like everyone else hears or sees static. No one seems to understand anything I say, and I’m getting so tired of having to explain myself every single time. Sometimes this feeling is so bad I’ll get worried that I’ve had a stroke and test myself time and time again. I just want to feel like I’m being listened to and understood.

The most awful thing is that creative writing is one of my favourite hobbies, spending hours writing with a friend of mine. Recently my writing has been absolutely awful. Unable to follow a thread or plot. I’ve also not painted in just under two weeks.

Thankfully my Elvanse and Citalopram help stabilize my moods or else I would be a nervous wreck day in day out. However, I still find myself crying before bed, or randomly in intervals of silence. If I don’t have a distraction I end up breaking down.

I don’t really know where to go from here. I want advice and help, with the knowledge that someone’s actually read and understood what I have written. I want to feel like I’m doing okay in life for once.