Couples living in building site ( 1 in wheelchair ) — Scope | Disability forum
If we become concerned about you or anyone else while using one of our services, we will act in line with our safeguarding policy and procedures. This may involve sharing this information with relevant authorities to ensure we comply with our policies and legal obligations. 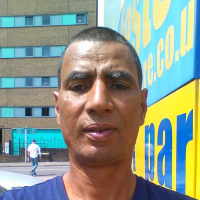 I ask on behalf of 2 friends of mine, 1 who has autism and the other in a wheelchair, the link is the article running on facebook about their situation so please take the time to read it.   The short version is the building has been declared by the council as a building site but this couple are still begin forced to live there because the landlord ( private ), and the council say there is no place for them to go because Tara needs wheelchair access.

When we ( myself and my partner ) went to see them I had a debate about an electrician who stated that despite still holding the tenancy for the flat ( converted from a  house ) we are not allowed to be there because it is not safe for us, even though this couple are still living there, despite the fact they had no running water for hours on end because of this building work.

We have been in touch with everyone, and gotten nowhere, including our MP.
Tagged:
0 · Share on FacebookShare on Twitter