Let's talk men's health this Movember — Scope | Disability forum
Find out how to let us know if you're concerned about another member's safety.
Read our community guidelines and our community house rules.

"Men are dying too young. We can't afford to stay silent."

And stay silent we shall not! It's Movember, a movement which has been going since 2003 that encourages people to come together to highlight the health crisis being faced by men worldwide.

Why is Movember so important?

It's been a challenging year and now more than ever it's important to recognise the struggles we have all been through, particularly isolation and loneliness throughout the pandemic, which have obviously been faced by everyone, not just men.

Research suggests that on average, men are dying six years younger than women and the Movember movement aims to raise awareness of the three biggest causes of that alarming statistic:
Whether you're growing a fancy moustache this month or taking part in many of the other activities on offer this Movember, it's important to keep in mind why you are doing it and talk about the challenges you and your fellow bros are facing, no matter how big or small.

The idea of not wanting to appear vulnerable, weak or silly is a factor is one reason why men are dying so young. They are less likely to seek support for their mental health, and less likely to get a potential cancer scare checked out at the doctor.

For the sake of men's well being, we need to:

• break down stigma surrounding mental health and cancer
• take the steps to protect and maintain our health by getting ourselves checked out, even if it's only a slight concern
• we need to realise that  vulnerability "is not a weakness, it's a strength." 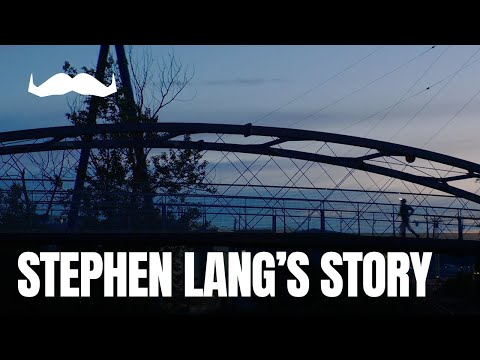 • Are you okay? Is anything troubling you at all?
• What are your thoughts on the situation regarding men's health?
• Are you growing a moustache? I can never grow a very good one