The expense that comes with having a disability in the UK — Scope | Disability forum
If we become concerned about you or anyone else while using one of our services, we will act in line with our safeguarding policy and procedures. This may involve sharing this information with relevant authorities to ensure we comply with our policies and legal obligations.

The expense that comes with having a disability in the UK 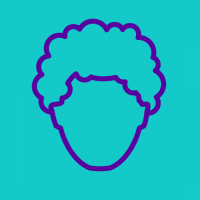 RacheleLeahSilvera Member Posts: 77 Courageous
December 2020 edited December 2020 in Disability rights and campaigning
I personally find it ridiculous how we have to pay for things that are needed to live with something that most of us don't choose to be born with or acquire later in life.
I was told just recently that now that I am in adult NHS any piece of treatment , equipment or medication that I may need I will have to pay for myself or just deal with my problems.
0 · Share on FacebookShare on Twitter