A New Year — Scope | Disability forum
Find out how to let us know if you're concerned about another member's safety.
Read our community guidelines and our community house rules. 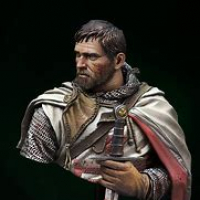 Dragonslayer Member Posts: 2,062 Pioneering
December 2020 in Coffee lounge
Are you looking forward to the new year and making resolutions? I myself do not. I'm just hoping it will be better than the last.

Finally I see the end to a lot of pain. Slowly I am on the mend. I still have a while to go and don't yet know how it will affect me in the long run, or how better movement I will have. Most worrying is the trouble with my left leg, it still at times is painful and wont support me correctly. Thanks to all for the support.

However the new year is upon us and like most others I wish this one to be much better then the last.(Can we have a worse one?) I don't think anyone could have predicted anything like it, or made a film about it. although I think many films will be made soon.
Myself I will be toasting in the new year, but saying a big farewell to the last, thankfully.
I hope to also see the end to all the poverty in the country. I still find it hard to believe many have to rely on food banks to get by and watch the amount of homeless people grow. Like many I wouldn't have believed it if I had been told that a while ago. The startling thing is. it is all over the world. Even America, which is much worse then we are or anyone could have imagined. The world seems to stand on the edge of a precipice, lets hope it does not go over.

A very happy new year to all of you, I hope it is for all much better than the last. I will raise a glass and and toast that it is.