Phone assessment with no form returned - how do I supply evidence? — Scope | Disability forum
Find out how to let us know if you're concerned about another member's safety.
Read our community guidelines and our community house rules.

Phone assessment with no form returned - how do I supply evidence? 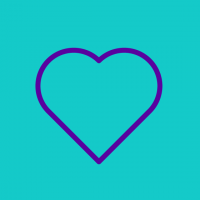 Back in November I went through the process of applying for PIP, but due to my brain fuzzies and such, I didn’t even end up opening the envelope the form came in. (How ironic that due to my disability I couldn’t complete the disability form, eh?) I accepted this, and figured that I’d apply again later down the line when I had all my evidence together and someone to help me complete the form and everything.

Cut to my absolute surprise when I got a text out of the blue saying I was to have a phone assessment mid February. I thought it was some kind of scam, but nope. It’s legit. I think that due to my ADHD I was considered as someone who would struggle with the application process, and as such was not penalised for no form being returned, especially during COVID. That, or I just got EXTREMELY lucky.

Between then and now I’ve been gathering my evidence but I’m not quite sure what to do with it. On my letter it says I should mention any evidence at the start of my phone appointment, but upon further reading of these forums everyone says to get the evidence in ASAP before the appointment so they can refer to it.

My appointment is the 23rd, I have no photocopier or printer with which to send copies of my evidence (like heck will I be sending the originals) and I’m a bit lost as to where to go now? I have a strong suspicion I will really struggle with the assessment alone, as I am very well spoken during the window with which I am to have my appointment, which I know will go against me especially with no evidence in front of them to look at.

My evidence is (from what I can tell) very strong, with lovely phrases such as “severe psychological distress,” so I’d be absolutely heartbroken for it not to be processed correctly.
0 · Share on FacebookShare on Twitter