Home › Scope's online community Coffee lounge
If this is your first visit, check out the community guide. You will have to Join us or Sign in before you can post.
Have your say about your online community! Complete our annual survey.

The impact of disabled LGBTQ+ people throughout history

Some people suggest that the identities contained under the LGBTQ+ umbrella are new, and people didn't identify with these labels until recently. However, this isn't the case. There have always been people who've identified with these labels, but they haven't always been able to be open about their identities. Thanks to those who campaigned tirelessly, often at their own expense, the rights of LGBTQ+ people continue to advance. That being said, there's still a long way to go.

Here are some disabled people who've identified as LGBTQ+ throughout history. There are loads, so please comment below if you'd like me to post some more!

Edith Cooper was a disabled lesbian writer who co-wrote with her partner, Katharine Bradley, under the pseudonym Michael Field. The two women lived together for over 40 years, and when Edith became severely disabled by rheumatism, Katherine was her main carer.

Writing under one name became their way of declaring their ‘inseparable oneness’, and together they produced over 40 works, made up of poetry collections and a long journal, entitled Works and Days. They were both aesthetes, and had financial independence which enabled them to buy their own home, and live their lives the way they wanted — a rarity for women of the time.

As such, they developed a large circle of literary friends, including Oscar Wilde and Robert Browning, who were both supporters of their work. Browning is often credited with being the one who revealed that Michael Field was, in fact, the disguise for two women.

Sadly, this led to a downturn in the popularity of their later works, which were critically well-received when published under their shared pseudonym.

Barbara Jordan was a lawyer, educator, politician, and Civil Rights leader who made history in multiple ways. Born and raised in Houston, Texas, she became the first woman elected to the Texas Senate in 1966, and the first black woman from the Deep South to win a seat in the US House of Representatives in 1972.

As a Congresswoman, she sponsored or co-sponsored over 70 bills, most to support services for minorities and the underprivileged. She was an award-winning debater and celebrated orator, beginning her career as a campaigner for John F. Kennedy’s presidential ticket.
Although Barbara was never openly ‘out’ in her lifetime, she made no secret of her life companion, Nancy Earl, who she met on a camping trip in the late 1960s. After her initial successful state-wide races, her advisers warned her to be more discreet, and not to bring any female companions on the campaign trail. Nevertheless, as she became increasingly disabled by MS, Nancy Earl was her main caregiver, and co-owner of her house and estate.

Bobbie Lea Bennett was an activist campaigning for the rights of disabled people and transgender people. She used a wheelchair due to osteogenesis imperfecta, and was instrumental in increasing awareness of gender affirmation surgery.
[Bobbie Lea Bennett] was the first woman to obtain gender affirmation surgery in 1978. She was originally was assured that the cost would be covered under Medicare’s Social Security disability benefits program but was denied coverage without explanation. Bennett fought to mobilize her community and force Medicare officials to consider gender affirmation surgeries as medical necessities. On April 5th of 1978, she secured her money, after driving to the office of Medicare director Thomag Tierney and refusing to leave.

As some of you may have unfortunately experienced, disabled people's experiences of gender and sexuality are often ignored or erased.

Jamie Hale, a poet, essayist, and health and social care policy researcher based in London, has written a really insightful article about what it means to be disabled and LGBTQ+. I've included some of the key points below, but I'd encourage you to read it.
Disabled people are often desexualised by others, and expressing a sexuality or gender outside the ‘heteronormative’ framework becomes quite a statement – not only do you have desires, but they’re different from those of the people around you.

In practice, there’s no contradiction between being disabled and being LGBTQ, and there’s lots of us out there. Here are five things for you to know:

1. Disabled people don't just have sex, we have sexualities
2. Other people's responses are not your responsibility
3. Take your time working things out
4. Labels are there to support you, not constrain you
5. You can be disabled and trans
I also read an article on the BBC recently, featuring stories about people with learning difficulties who've faced barriers in discovering and exploring their identities. Here's an excerpt from Shaun's story:
"I thought I was going mad, I thought there was something wrong with me." That's how Shaun Webster felt when he first realised he was attracted to both men and women.

Shaun is 48 now, but It took him over a decade to come out as bisexual - in part he says, because of barriers many LGBT people with learning disabilities face.

Shaun has short-term memory issues and dyslexia. He attended a special needs school when he was younger, where he says he wasn't given a "proper sex education".

"I didn't know what bisexual meant," he says. "Special needs schools didn't do proper sex education for people with learning disabilities. They think people like us don't have sex." 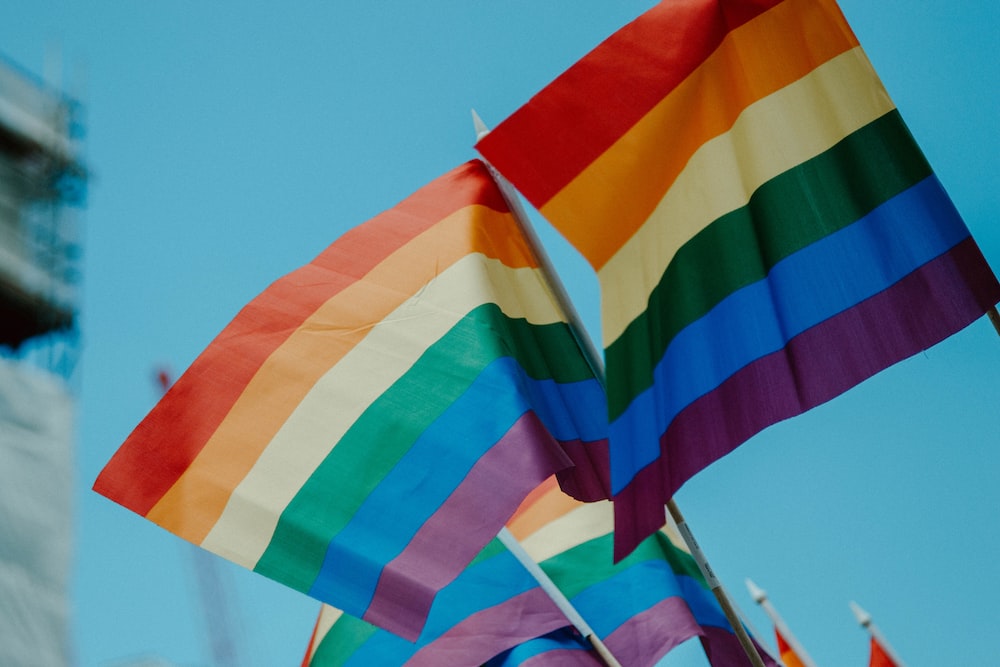 I've listed some people I know of below. Again, there are loads, so give me a shout if you're searching for some more!

Jessica is a disabled lesbian YouTuber. Jessica is deaf, and has hereditary neuropathy with liability to pressure palsy, Ehlers-Danlos syndrome (EDS), and postural orthostatic tachycardia syndrome (POTS). She lives with her wife, Claudia, and makes videos about a range of topics. Here's where you can find her:

Aaron is an Antiguan-American model. She became the first black, transgender, disabled model to ever be represented by a major modeling agency in 2018. You can find her over on her Instagram, and a Google of her name will bring up some interesting articles.

The Feeding of the Fox

Imogen is a blogger and body-positivity advocate. She has dyslexia and a genetic impairment, and has experience of an eating disorder. You can read her content on:

Rosie is a disabled comedian and writer. She lives with cerebral palsy, and often talks about her experiences of being disabled and gay. You can find her on:

Please also know that the online community is a safe space for you to express your identity. You won't be judged here, and you're welcome to share any worries, concerns, or experiences you might have.

Do you have any personal experiences you'd like to share? Is there anything else you'd like to know about being LGBTQ+, or being LGBTQ+ and disabled? Do you know of any other helpful resources?
Online Community Coordinator, she/her

Complete our annual survey to let us know what you think about the online community.
3 · Share on TwitterShare on Facebook