Does anyone else here do gaming streaming?! 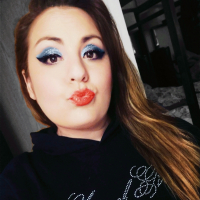 So, I believe that gaming has strong well-being benefits. Whether you have a disability, or mental health reasons. It's like art therapy right?

I married a gamer guy. I am so happy I did! I got into gaming mostly because of him. We both love mmo rpgs (though he plays other types too) and both just play PC games as we dont own a consol.

Last month during lockdown we decided in our late 30s/early 40s to become streamers/youtubers! My husband posts regular videos on his Youtube channel - mostly GTA and EVE online.

Whereas.... I live stream on Twitch and I must say I am loving it! I am getting to know the ropes using Twitch and Discord, having people join my channel and chat with me while I play live. I am connecting a lot and I find the gaming plus the social factor is really helping me feel healthier. I feel I have more energy day by day now.