How is cerebral palsy stereotyped or under-represented on screen? — Scope | Disability forum
Find out how to let us know if you're concerned about another member's safety.
Read our community guidelines and our community house rules.

How is cerebral palsy stereotyped or under-represented on screen?

Thank you to Daniel Kay for contributing this guest blog to the community, I hope you all enjoy it

How is cerebral palsy stereotyped or under-represented on screen??

Media has undergone a seismic transition in a very short period of time in terms of content and quality.

With the advent and rise of Netflix worldwide, there have been greater opportunities for all actors out there.

However, only three percent of these actors who are working in this industry, are disabled.

Despite a plethora of films being made every year, along with the many shows being produced on streaming platforms and TV, there is a paucity of quality in content being made for the minority of this world; Cerebral Palsy and disabled people in general.

Even with the restriction in content, and the opportunity for Cerebral Palsy and other disabilities, people still fail to understand and do not get into the depth of the theme and its sensitivity. Often, there's a inaccurate portrayal in the mainstream media that fails to create awareness about the condition and showcase the reality. 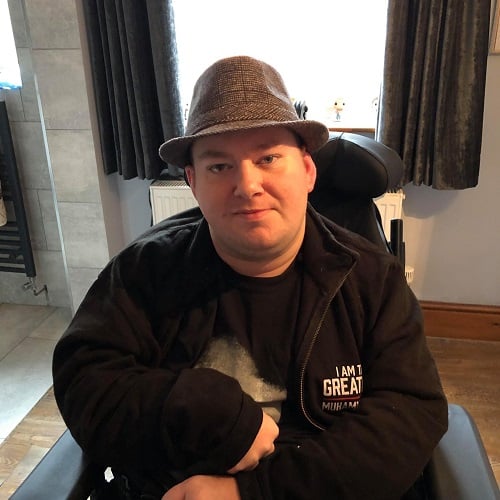 The cliches  and the stigma attached to disability is extremely common and has a long history in both TV and films. the world is moving towards realistic portrayals, however we have still not completely removed stereotypes. They aren't accurate and fail to give us an insight into people's real lives, what it is like tackling Cerebral Palsy and other disabilities.

Let's talk about the negative portrayal of Cerebral Palsy that has been reinforced by the media and is highly incorrect on various grounds. Here's a list of stigmas that the media has promoted through films and TV:

The first and foremost issue is under-representation and limited opportunities for people with Cerebral Palsy and other disabilities. When subjects, such as disabilities, are portrayed in the media and their roles are given to abled actors, the limited chances are often minimized to zero.

Maysoon Zayidi, a Muslim-American comedian and actress with CerebralPpalsy, once recalled in her TED talk how a director turned her down for an audition for a character with cerebral palsy in favour of a non-disabled actor. When asked, the director said that they didn't think she could perform the role according to the script's requirements.

Inside I’m Dancing, a Hollywood movie of 2004, touched upon Cerebral palsy. However, once again, the role was performed by a non-disabled actor who wasn’t able to do justice to cerebral palsy. The film was criticised particularly in this regard.

Another stereotype associated with our mainstream media, is to portray Cerebral Palsy and other disabled people as victims or show that they lead a depressed life. This promotes a wrong message that people with Cerebral Palsy require charity, sympathy or pity.

However, what they truly require is genuine compassion and acceptance in society and the media. Apart from this, showing them as unhappy and depressed individuals is also wrong, since they lead normal lives and are content with their special needs and status in society.

A common perception that the media has promoted for a long time now, is that the lives of the people suffering from cerebral palsy are heroes or are the inspiration for non-disabled people. It focuses more on inspiring the world with their special talents or abilities rather than highlighting their life journey. It's important to note that they are not caricatures or role models, but normal people.

There has been a positive and realistic portrayal of real-life people with Cerebral Palsy as well.

My Left Foot, a movie inspired by the life of Christy Brown, has done a fair job in realistically portraying Christy's life. It has sympathetic elements and inspirational elements. However, it doesn't mean to inspire or gain sympathy for cerebral palsy. It is based on Christy Brown's journey and focuses more on him than the surroundings and how he impacted the lives of the people around him.

Many speakers and comedians with Cerebral Palsy have come out, normalising the condition and breaking all stereotypes, by creating awareness about the condition and their journey with humour and grit instead of sympathy or inspirational talks.

The prominent names include Maysoon Zaid, Josh Blue and RJ Mitte, who are all advocates of Cerebral Palsy and are happy in their spaces; doing well in their career and social life.

It is important to create awareness about Cerebral Palsy and shun the stigmas and the stereotypes associated with it.

The media needs to take charge of exhibiting a positive image of people with Cerebral Palsy. There's also a growing need to create more content related to the condition and other disabilities, without type-casting or stigmatising the issues.

It's essential to create equal opportunities for people who have Cerebral Palsy and other disabilities in TV and movies, so that the real side of the picture is visible to the audience.

Let us know in the comments below!
Online Community Coordinator

Concerned about another member's safety or wellbeing? Flag your concerns with us.
Did you receive a helpful reply to your discussion? Fill out our feedback form and let us know about it.
1 · Share on FacebookShare on Twitter