Shining a light on unpaid carers — Scope | Disability forum
If we become concerned about you or anyone else while using one of our services, we will act in line with our safeguarding policy and procedures. This may involve sharing this information with relevant authorities to ensure we comply with our policies and legal obligations.

Shining a light on unpaid carers

This past week (7-13 June 2021) has officially been Carers Week.  An annual campaign dedicated to recognising the challenges faced by unpaid carers and their contribution to the lives of disabled people and families across the UK. 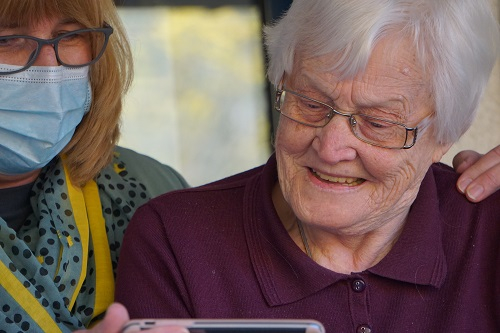 To coincide with this event, Carers Week published new research outlining unpaid carers fears about reduced support as the pandemic continues.  Notably, concerns relate to loss of support from services, friends and family, not having breaks from caring roles and feeling exhausted, unable to cope in the longer term:

… carers lost, on average, 25 hours of support a month they previously had from services or family and friends before the pandemic.

72% of carers have not had any breaks from their caring role at all. Of those who got a break, a third (33%) used the time to complete practical tasks or housework, and a quarter (26%) to attend their own medical appointments.

Three quarters (74%) reported being exhausted as a result of caring during the pandemic, and more than a third (35%) said they feel unable to manage their unpaid caring role.

What support is available for carers?

For specialist advice, you can also contact the following organisations:

Can you resonate with the fears expressed by carers above?  Has your support reduced since the pandemic began?

Let us know in the comments below.
Online Community Co-ordinator