Universal credit decision letter (UCD174) we owe you some money. But none of it makes any sence — Scope | Disability forum
If we become concerned about you or anyone else while using one of our services, we will act in line with our safeguarding policy and procedures. This may involve sharing this information with relevant authorities to ensure we comply with our policies and legal obligations.

Universal credit decision letter (UCD174) we owe you some money. But none of it makes any sence 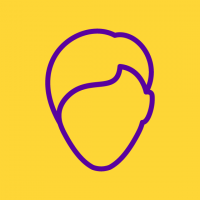 babydani09 Member Posts: 2 Listener
June 2021 edited June 2021 in Universal Credit (UC)
hi I have a very complicated inquiry about my claim on universal credit but to start off. I was claiming ESA for around 4 years. I got made fit for work. I went onto UC as my support worker told me to. Whilst we made a mandatory reconsideration against the ESA decision. I never heard a single thing back from ESA regarding the MR still to this day. But I went on a WCA for UC around December 2019. I also applied for PIP around January 2020 when I got put on LCWRA for UC. I was put on standard rate PIP every day living. But I got a odd letter from UC 2 days after I got made LCWRA saying I was owed £3,533.69 but because I already got paid £2,220.46 I would get £1,313,14 (I didn't get a single penny as they took all of the money for a tax credit debt that was also wrongly put on me! But anyway. The thing is the £3,533.69 payment I was told I was awarded was meant to be for 3 months apparently. As the 4 months before that wasn't my relevant period. Also the £2,220.46 they said I had already had was wrong I got £990 something around that amount. I been told a load of nothing from them when I try and ask what it all means I asked if it was my MR for ESA but they say they have no record of a MR on there computer. I want to know has anyone else had this happen? And I been searching for the letter they sent me to find out what the letter is sent out for but I can't find it anywhere you know like the UC50 letter. Well I have a UCD174 letter. Is anyone have any idea what could they be doing i know for sure they don't know there self as all they say is the letter has incorrect figures on it it is just so confusing. If anyone could help it would be much appreciated

Also the header of the UCD174 letter just says we owe you some money. But never actually got any money it really seems like they have a massive miscommunication with my MR I did with ESA and how the dates are so close I'd really appreciate if anyone has any ideas of what they done. Thank you in advance ?
Tagged:
0 · Share on FacebookShare on Twitter