Suicide Thoughts From Years Ago — Scope | Disability forum
If we become concerned about you or anyone else while using one of our services, we will act in line with our safeguarding policy and procedures. This may involve sharing this information with relevant authorities to ensure we comply with our policies and legal obligations.

Suicide Thoughts From Years Ago 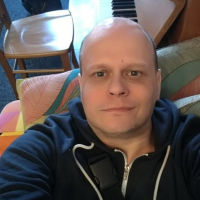 CW: post and comments contain mentions of suicide that some members may find triggering.

A few years ago i went away for my 50th birthday. It was ok. But being my usual nervous self. I could have enjoyed it more.
I came home following this break and i received a letter. I'm not going into detail re the letter. But it was devastating. It was that bad I decided to end my life.
Thankfully, and it is obvious, from me writing this I didn't fully carry it out. But I was so close. I haven't done this deed since. Although I still think of this act everyday.
I was talking to a woman who I thought was a "decently person". I told her what I was so close to doing the deed.
She replied. If you were serious about it you'd have carried it out. If you were really miserable like Caroline Flack (killed herself-suicide) you wouldn't have hesitated.
This shut me up. There and then.
To me it takes a hell of a lot of testosterone to fully carry this out. I wanted to.
But there was a doubt in my mind.
This woman trivialised my deed. And I thought how can you say that.
To me you don't trivialise anyone who talks about suicide.
Is it me being sensitive.
Or do you think she should have been more sympathetic towards my act.
Thank you folks!
0 · Share on FacebookShare on Twitter