Read @Richard_Scope's article in the Metro about disabled childrens' access to sport — Scope | Disability forum
If we become concerned about you or anyone else while using one of our services, we will act in line with our safeguarding policy and procedures. This may involve sharing this information with relevant authorities to ensure we comply with our policies and legal obligations.

You can read our very own @Richard_Scope in this week's Metro talking about the barriers disabled children face in accessing sport and the problems posed by non-participation. 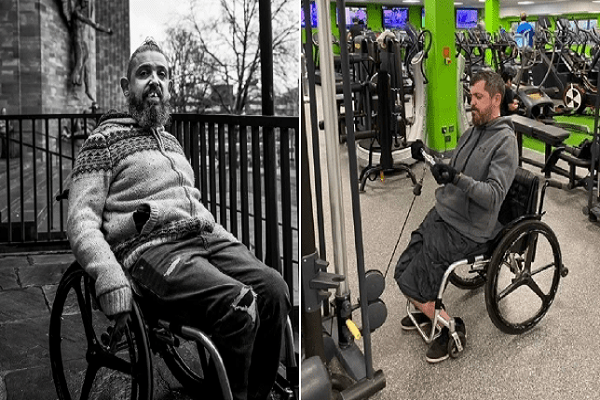 Speaking about his own experience of growing up with Cerebral Palsy and how valuable being included in games lessons was, Richard reflects that to have been left out would have made him feel:
'different’ and it probably would have affected the other pupils’ relationships with me and how they treated me too.

The benefits of sport to disabled children - and those of all ages - are without question and extend beyond the physical to boosting emotional wellbeing, meeting others and increasing confidence.

However, research conducted by Scope found that since the start of the pandemic:

Almost half (48%) of [those surveyed] have become less active... with many facing barriers to exercise due to shielding or fears about the risk of catching Covid-19. And... 42% said their mental health ha[d] worsened as a result of being less active, and 51% said that their mobility, dexterity or movement ha[d] taken a dip.

Richard goes on to unpack the reasons behind disabled young people's exclusion from sport, identifying a lack of understanding by teachers, inaccessible gyms, expensive equipment and "a culture of caution now – with so much red tape around everything" as just some of the factors restricting equal access to sport for those with impairments.

Want to have a read for yourself?  Then check out "Disabled kids don't deserve to be left out of school sports lessons' on the Metro website.

Let us know your thoughts in the comments section below.

Concerned about another member's safety or wellbeing? Flag your concerns with us.
Tagged:
0 · Share on FacebookShare on Twitter