Stories from your school days — Scope | Disability forum
Read our community guidelines and our community house rules.
Find out how to let us know if you're concerned about another member's safety.

Stories from your school days 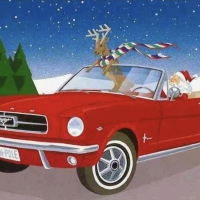 66Mustang Community Co-Production Group Posts: 5,787 Disability Gamechanger
November 11 in Coffee lounge
Do you have any interesting stories to share from your school days?

I was meant to be getting changed for PE in about 2003 but was messing about so as a punishment the teacher made me get changed outside in the playground during play time. It makes me feel old being able to say the following but I don’t think that would be allowed these days, it would be against some kind of right.

I was also hit with a clipboard in 2007 which I think was quite a modern time for teachers to be hitting pupils, in the 70s sure attacking pupils was fair game but 2007?!

Overall though I had quite a sheltered school life. I have heard stories from people where they went to schools which were just feral - setting fire to cars and in high school older students going in the wrong gender toilet and doing questionable things. Compared to that my school was pretty civilised.