Want better social status? Don’t be Disabled. — Scope | Disability forum
Read our community guidelines and our community house rules.
Find out how to let us know if you're concerned about another member's safety. 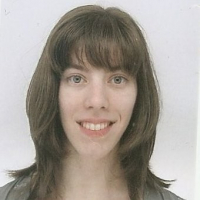 December 2021 in Coffee lounge
This is a message that dominates in most film, TV, or games consumed by us as popular culture. More nuanced and layered portrayals are few and far between. Is lazy writing to blame? Disabled characters are often the villains. They are mocked, shunned, or pitied. Or, the protagonist conquers their impairment in an inspirational way. What sparks this pattern? Assumptions, or a lack of awareness?

There are countless examples of this within the fantasy, horror, and sci-fi genres. Disabled people are not the hero in the story.
One recent example is Netflix's ‘The Witcher’ based on the popular video game series, which came out in 2019. It gained controversy for its clumsy handling of Yennefer, and her transformation from hated hunchback to sexy sorceress.

The world of the Witcher is one in which bigotry and tribal division are commonplace. So far, so fantasy. This ‘us and them’ mentality is a natural part of the human condition. Anything different is a threat to be controlled.

Yennefer is a powerful sorceress, who is cursed from birth 'with twisted spine'. She seeks power and influence in the noble's court. She sees the only way to gain this is to alter her appearance in exchange for her ability to have children.

Is it okay to not want physical deformity? How much emphasis should we be placing on physical appearance to get by in life?
Much of Disability Twitter had strong views on Yennefer’s transformation, the word ‘ableist’ was frequently used. Others took a less outraged view, reflecting there was at least one point in their life they had wished for an entirely new body.

[Yennefer before her transformation, her bottom jaw is askew as she looks directly at camera]

[Yennefer after her transformation, she presents as 'ideal' of female beauty]

Does Yen’s transformation call for boycotting the entire series? Does it (as some put it), send out the message that disability must be erased for power and influence? Or indeed, that beauty must be utilised for the same ends?
Online Community Coordinator
Scope