DWP received my PIP Payment award review on 2nd September 2021 — Scope | Disability forum
Read our community guidelines and our community house rules.
Find out how to let us know if you're concerned about another member's safety. 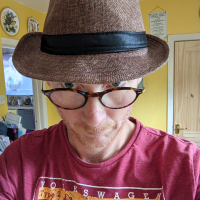 Manudxp Member Posts: 27 Connected
December 2021 in PIP, DLA, and AA
Hi,
Is it normal to take so long from receipt of a completed review to respond to the claimant?
0 · Share on FacebookShare on Twitter