Turning my hobby into a business in 2019 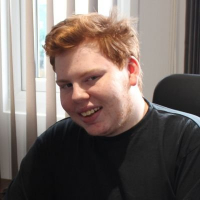 My name is Andrew Batchelor and I am the founder and admin of Dundee Culture. I have several disabilities including cerebral palsy and autism.

I was born with hemiplegia which is a form of cerebral palsy which paralyses one side of your body. I also have several other disabilities which are autism, epilepsy, dyslexia, dyscalculia and anxiety disorder.

My parents we were told that I would never be able to walk or talk yet I defied all expectations. These disabilities don't define who I am.

To let you know where I am from, I am from Dundee which is a city situated on the North East coast of Scotland.

Dundee is a changing city, a city that that is on the up and a city that has developed new industries in the 21st century. The V&A Dundee has been a main factor in the growth of Dundee's presence as a national and even an international city. 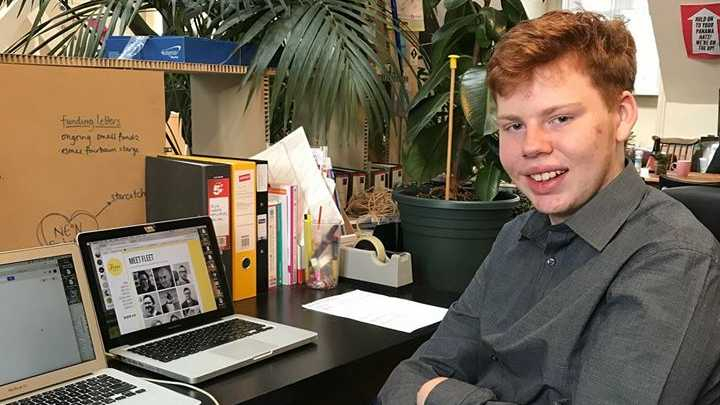 I run a social media brand called Dundee Culture which showcases the things that are going on in the city through features, stories, news and events.

I was inspired to start Dundee Culture from my auntie who sadly passed away in 2011. She loved Dundee and she visited many landmarks across the city with us.

I started Dundee Culture in 2013 to help promote Dundee's UK City of Culture bid for 2017 when I was only 12. I started a Facebook page as I thought there was no official bid page but what I didn't realise was that there was a campaign and the official bid team saw my Facebook page. They thought it was a work of a university student.

After finding out about the bid, I was invited to be a young ambassador for the bid team and although Dundee lost the bid to Hull - that was only the beginning.

Due to my involvement with Dundee's bid, I became an ambassador for the city being the youngest named at just age 13.

I became the youngest person in Dundee to hold the Queen’s Baton ahead of the 2014 Commonwealth Games in Glasgow and was nominated for this after my work with Dundee's City of Culture bid.

With my work with Dundee Culture, I have been named a finalist and have won several awards including winning the Evening Telegraph Community Spirit Award for Young Person of the Year, Inspire Award for Making A Difference to Culture and being named in the top three Year of Young People Champions at the Young Scot Awards in 2018.

I have also been named in several lists including being named as one of ten youngest digital leaders in the UK by Digital Leaders and one of four young people who have ruled the tech world.

Dundee Culture has a presence of over 17,000 combined followers on all social media platforms including Facebook, Twitter and Instagram. It has a combined total of 8 million visits on all of those platforms since 2013, with 5 million of those visits being from 2018 alone.

As Dundee Culture is growing exponentially, I look to transform it into a business with the aim of creating an ultimate guide of Dundee by helping promote hotels, restaurants, cafes and other places of interest.

I am getting an office in my back garden where we have an old shed which will be converted to accommodate the new headquarters of Dundee Culture.

I would advise other disabled young people out there to not stop trying - anything can be achieved if you work hard and put your mind to it. I take one day at a time as the future is unpredictable and nobody knows what is around the corner.

It is all growing for me and I look forward to seeing what the future holds.

Did you enjoy Andrew's story? What are you looking forward to in 2019?