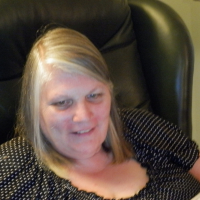 Angie1702 Member Posts: 5 Connected
May 2020 in Employment and Support Allowance (ESA)
My step-son has severe paranoid schizophrenia and is currently sectioned under the Mental Health Act in hospital an hour away from us.  He has not worked for about 10 years due to this illness, which lurches from being under control but still affecting his abilities, to full blown paranoia, psychosis and violence.  He has been on Income Related ESA for most of this time, and has not needed to submit sick (fit) notes for years as it is accepted that is severely ill, or it has been so far.  Last week he received a letter saying his ESA has been stopped. There was no explanation or information on what he should do apparently.

We recently made a change as he had decided he no longer wanted us to be appointees and this was supported by his medical professionals. so we duly wrote and advised ESA and PIP of this and that the cash office at his hospital would continue to act as 'agent' as this is where his money is paid to.

I fear that this change has caused them to change him to Universal Credit, but no other letter has come.  He was not paid on this last payday, so as his PIP is suspended whilst he is in hospital, he effectively has no income at all at the moment.  He has been in hospital since October this time.

My question is, if they are changing him to Universal Credit, is this automatic or does he need to claim?  As he is so sick but does not receive fit notes now, what will happen if he has to make a claim for Universal Credit?

He has tried to ring them for the last three days, but cannot get through.  He has an advocate but she cannot enter the ward due to Covid-19 restrictions.  We were the appointees but are not so any longer, and are both on the shielded list so cannot go to the hospital, even if we were allowed in.  We are going to try and ring for him as we can keep trying and trying whereas the staff may only be trying to get through a couple of times each day, but our fear is that they will not talk to us now, even to explain what we need to do.

Any help and advice would be extremely helpful please as his Dad (my husband) also has mental health issues and anything like this that causes worry is likely to severely affect his mental health - I am also long-term disabled but mine is physical, but puts me on the shielded list too, both because of my condition and also because of the meds I take.  This is stress we can both well do without.

Thank you in advance.