Undiagnosed conditions - is knowing better than not knowing?

Amanda Mortensen is Face 2 Face coordinator for Brighton & Hove. She is a journalist by background and often writes about her daughter Livvy, 16, who has an undiagnosed genetic condition.

After a long, uneasy, period of realising my baby was not developing typically, my daughter, Livvy, was diagnosed with autism and severe learning disabilities at 22 months. Life was not exactly easy but we knew who we were, we had a sense of direction and belonging.

But, at 9, the ‘head nod’ seizures that had been well controlled (and very common with a diagnosis of autism) suddenly went on a devastatingly downward trajectory. Livvy was ‘locked in a world of seizures’ according to the doctor who interpreted her EEG, having seizure activity around 80 percent of the time. 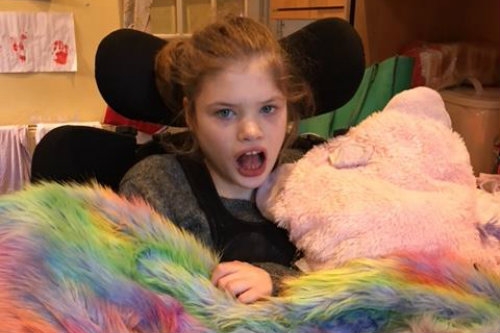 Livvy is now 16. Livvy is universally adored by all that meet her. She has no spoken language and communicates with body language and eye pointing. Livvy also has a severe, medication-resistant epilepsy syndrome called Lennox Gastaut. She has daily tonic clonic seizures as well as absences, is on 3 medications, a special ketogenic diet and has a vagal nerve stimulator fitted. My wild, super-mobile, spinning Livvy who was obsessed with music and food is now a quieter, more reflective Livvy, who uses a wheelchair most of the time. She now has a gastrostomy fitted and a worsening scoliosis. Livvy’s greatest love is still food (and we think maybe music but she can’t communicate this in the same way) yet this little girl is so different to our autistic five-year-old.

We now have a daughter without a diagnosis. Lennox Gastaut describes a pattern of seizures, it does not tell us why and is not an over-arching diagnosis. We have had numerous genetic tests and Livvy has been tested on a severe epilepsy gene panel. Nothing has shown up. One test showed up a ‘blip’ on a gene but Livvy’s dad has the same anomaly and as such it is meaningless.

Most recently we signed up for the 100,000 genomes project, which will map the whole of Livvy’s genome. The best way it was described to me is that up until now geneticists have been able to look at specific ‘pages’ of the’ genetic phone book’ to look for what they think may be causing Livvy’s difficulties. Now they can look at the whole phone book.

Swan (syndromes without a name) is the charity that supports families who do not yet have a diagnosis. It estimates that there are 6000 children born every year who do not have a ‘name’ for their condition. Advances are such in genetics that families are getting a diagnosis, often amazingly rare, after years of not knowing. Two friends of mine who live streets away from each other got the same, ultra-rare, diagnosis through the DD study. It takes 18 months for the results to come back from the genome project and it is likely we will find out what causes Livvy’s severe disabilities. 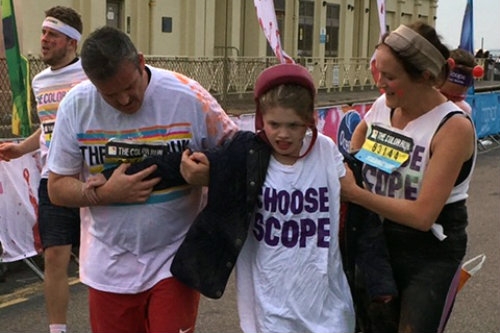 I wonder how a diagnosis will change us? Our adored Livvy will not change miraculously with a diagnosis, nor may it offer up any hope of treatment, but to meet other families who have children with the same condition seems important. I suppose also it may give us more of an idea of the future and any implications for Livvy’s 3 younger siblings. Is knowing better than not knowing?