Guest Post: Bullying and moving forward — Scope | Disability forum
If we become concerned about you or anyone else while using one of our services, we will act in line with our safeguarding policy and procedures. This may involve sharing this information with relevant authorities to ensure we comply with our policies and legal obligations.

My first school was a local mainstream school, where I learned what seemed a very clear lesson - that I was inferior and abnormal due to my visual impairment. I couldn't read the blackboard or do my work properly, I was bullied by some of the other kids (they called me names, placed my hands on stinging nettles, locked me in a shed, etc), and none of the teachers were capable or willing to help. So naturally, it shattered my confidence. As far as the 5-year-old me knew, this is what all people are like away from my family. And it's all my fault. And I can't stop it.

Thankfully my parents saw that things were going badly, and discovered a boarding school for visually impaired children, which I was soon transferred to. As a result, I was no longer bullied for my sight, as we were all in the same boat. However, due to my previous experiences, I had become extremely quiet and shy, and thus didn't stand up for myself. So I was now bullied for that instead - mainly name-calling and general teasing, as that was enough to upset me, but once or twice my things were hidden or messed up. And around the teachers, I was very reluctant to put my hand up in class to answer questions or ask for help, fearing I might be wrong and make a fool of myself, or that others would do it better. 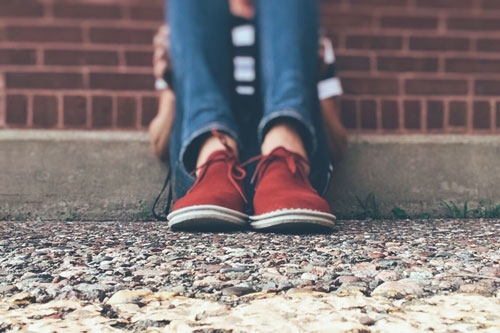 So it was still a struggle. This time though, I had a support network of encouraging teachers and the more friendly children around me. Plus I was now able to see and understand what we were learning, which was a great help. So the foundations were there for me to build on. And I did. But it was a very gradual process, and for some time I had no comprehension of the way I was developing. But as time went on, I had the increased benefit of hindsight, and by looking back, I was able to see that the strides I took were considerable. Most often these were made up of lots of little steps, like learning new things, talking to new people, trying new foods, having a go at new games, etc. But there were bigger things too, like swimming competitions, school trips, joining the cubs and scouts, getting good parts in school plays, and even winning a mock election one year.
Many of those things were really out of my comfort zone at the time. And when they're actually going on, and you're getting nervous or scared about what may or may not happen, you don't consider anything beyond it. Yet in looking at the bigger picture afterwards, I can see I actually did quite a lot, and that it all made a difference. I just didn't realise it at the time.
In addition, one of the most significant things was that I became friends with the kids who had been bullying me. As they came to realise that I was doing better than them, with better grades and perks and so on, the more they came to respect me, knowing that I could be of help to them if they took the time to befriend me. And through that, I grew to understand why they behaved the way they did. It didn't justify their behaviour, but it did put it into context, and that lifted a weight off. 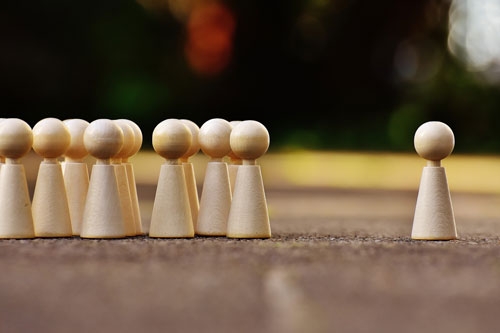 I now knew that I was never the problem. And neither were they really. There were other factors at play, and had they received the help and support they themselves needed, things would have been different. This was illustrated all too clearly when one of them sadly took his own life in his teens. Being one of a select few invited to his funeral was an honour, if a distressing one. So if bullying is to be combated, I do feel everyone on all sides needs help, both the victims and the bullies.
My school years didn't cure me of my shyness completely - it will always be a trait of mine to a degree - but I was a very different person when I left. It gave me solid foundations, and the momentum to build on them, and I've done my best to keep that going. Since graduating from university, I've had a good job for 11 years, and my experiences there have changed me even further. And since moving to London at Christmas, I've had the confidence to join a social club and go to events with complete strangers, pretty much all of whom aren't disabled, and I'm loving it.
So if I have any advice regarding confidence, it's simply not to get disheartened if it happens slowly. It can be difficult, and you might think nothing is happening at first. But lots of small steps will combine to make bigger ones. And those big footprints might not be obvious until you've left them in the earth and turned back to look at the path you've trodden. You'll have come further than you think, and that in itself will give you a boost.
So don't give up, and don't compare yourself to others. Just do what's best for you, and don't be afraid to ask for help along the way. It will pay off.

You can read more from Glen at www.welleyenever.com
Do you have any experience of bullying? How did you move forward from it? What advice would you give to someone who is being bullied?
1 · Share on FacebookShare on Twitter