Guest post: Born with a difference — Scope | Disability forum
Find out how to let us know if you're concerned about another member's safety.
Read our community guidelines and our community house rules.

camptys Member Posts: 12 Listener
March 2017 edited October 2021 in Disability rights and campaigning
This guest post was written by Andrea Campbell, who has created 'The Pocket Learner' - a learning system for children with learning difficulties.

When I learnt that it was highly probable that my child would be born disabled I did not entertain the thought.  Instead I hung my hopes on the 10 percent that she would not be affected and I carried on as normal.  Then she was born, somewhat blue and limp – my worst fears were realised - she had Down’s Syndrome (later she was also diagnosed with Autism). 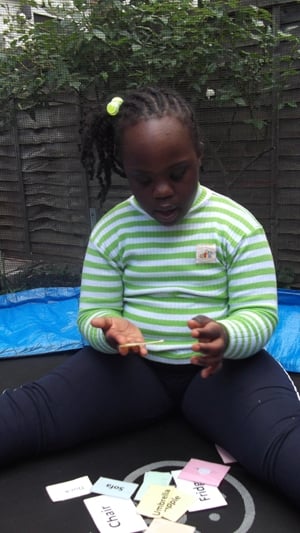 'I didn't want to fight, but I didn't lose hope'

For parents just given this diagnosis there appears to be no happy ending possible.  I remember being told by medical professionals that she would never be able to conduct transactions in a bank – in essence, don’t expect too much!  I lost all sense of bravery; I didn’t want to fight, but I didn’t lose hope.  I internalised my pain - in public pretended that everything was fine, in private I cried.

Those of us who are trusted with the responsibility of bringing up a disabled child understand the rollercoaster of emotions that presents.  We are not braver than others; that’s the hand we’ve been dealt and we have no choice. Our children struggle to gain acceptance from their peers, adults and society in general.  Being unable to negotiate the public sphere independently, our children miss opportunities for social skills development and relationship building.

As social welfare cuts take effect, our children have less access to public services, fewer play schemes with the required level and quality of staffing to support them, less speech therapy as well as occupational therapy, less choice of schools and minimal support to attend appropriate schools which may be out of borough.

My little girl has impacted not only my life but that of our family and many of her peers, far and wide.  Since she was born 10 years ago I started my own social enterprise enabling vulnerable 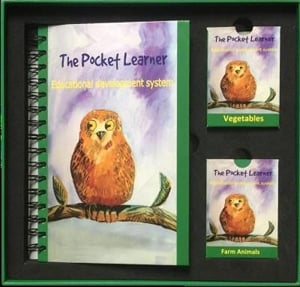 people to develop skills and find work; I wrote and published two non-fiction books; co-founded a social enterprise to support disabled children and their families living in deprived communities across the globe and we developed the Pocket Learner - an innovative multi-award-winning educational resource for young children, especially useful for children with special educational needs.  This resource is now available to children everywhere and it would not have been created had my little girl not been born.

The need for support

People who care for disabled children need support and shouldn’t have to fight for it.  By adding stress to the gamut of issues we parents face daily we run the risk of destroying the family support structure for the most vulnerable in our society.  There are people who dream of a world free from disability but thank goodness, it is not in their power.  When we choose to ignore the plight of families with disabled children we are no better than those people, for we know what happens, “when good men do nothing”.

For all those families struggling with children with special needs – physical, cognitive or otherwise, I encourage you today.   Like all children, your child is a blessing and you have been especially chosen to safeguard, edify and inspire this blessing to have high aspirations.  Maintain a positive attitude; love your child and he’ll love you back.  Know that you have a unique opportunity to embark on a journey that money cannot buy.  Grab this opportunity to impact and leave a legacy! It is not easy but it is special, and wonderful.
Would you like to share your experiences of raising a disabled child? Let us know your thoughts in the comments section below.
4 · Share on FacebookShare on Twitter