Shock-horror! - We've been noticed! — Scope | Disability forum
Find out how to let us know if you're concerned about another member's safety.
Read our community guidelines and our community house rules.

Footloose Member Posts: 22 Connected
June 2017 in Coffee lounge
I was in Tescos recently and discovered that some of their ready meals are being packaged differently - The partitions can be split apart, without having to resort to scissors! 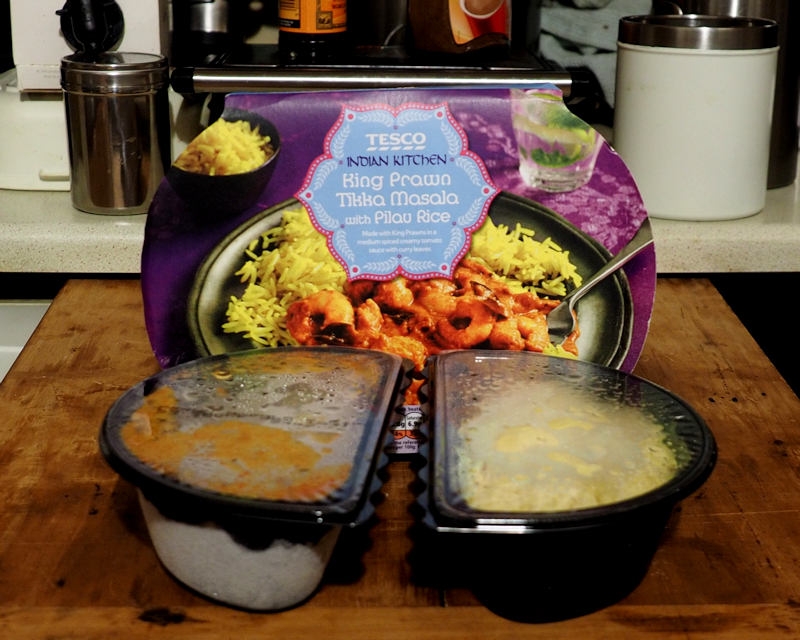 How many times have you had a meal using these, and ended up almost scalding yourself on the steam when you peel the film off the top of one of the partitions or/and decanted the food from each partition? This is also an issue the elderly, 'ordinary' people and anyone with a disability. We hear of high-profile cases like the person who have been scalded drinking cups of coffee, but the same thing happening when dishing out food from the partitions used with ready meals, is rarely if ever reported.

With this packaging, you just fold the partitions towards each other and the then split apart along the 'wavy' serration you can see in the photo above. Once pierced and cooked, the film can be peeled back, and in my case, I decant the rice first and then place the curry section inside the empty partition, peel back the film on the curry partition so when I am decanting the other one, my hands are also protected at the same time.

Who remembers the 'fuss' that arose when a certain retailer, fitted automatic doors on their shops? Mothers with prams praised them and now they are a pretty common sight, though the original reason for fitting them, was probably to increase the flow of traffic in and out of stores, rather than for wheelchair users.

One has to wonder why adding a serration between the trays has taken so long to appear; It can also be said that a number of other products which were originally devised for disabled people have become mainstream products ... However, who they were originally designed for, is generally forgotten and let's say marginalised. The thing is, I don't think by default we have disabled people embedded in companies that design products for the marketplace in general,
which is a shame and almost a disgrace because their input would generally make many people's lives a lot easier.
1 · Share on FacebookShare on Twitter