Road to Resilience - thinking positively about the future — Scope | Disability forum
If we become concerned about you or anyone else while using one of our services, we will act in line with our safeguarding policy and procedures. This may involve sharing this information with relevant authorities to ensure we comply with our policies and legal obligations.

Road to Resilience - thinking positively about the future

Sam_Alumni Scope alumni Posts: 7,673 Disability Gamechanger
September 2017 edited October 2017 in Children, parents, and families
We have a new series of films to share with you, from parents and carers for parents and carers called The Road to Resilience.

The fourth film is about how to think positively about the future. 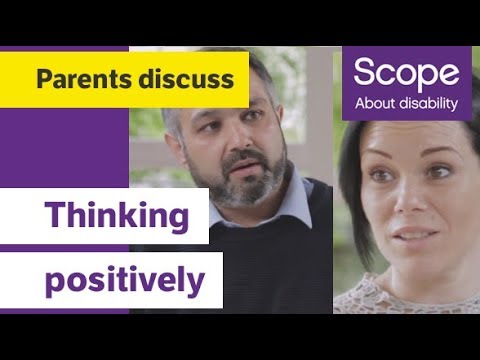 We hope these films have been helpful to you, let us know your experiences now.
Scope
Senior online community officer
3 · Share on FacebookShare on Twitter
«12»