Asking for the decision to be looked at again while waiting for a tribunal date? — Scope | Disability forum
Find out how to let us know if you're concerned about another member's safety.
Read our community guidelines and our community house rules.

Asking for the decision to be looked at again while waiting for a tribunal date? 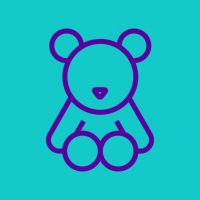 Alicia89 Member Posts: 44 Courageous
March 2018 edited March 2018 in PIP, DLA, and AA
Hi this is going to be a long post. I had a f2f for a relook at my pip last year. I ask for a Mr as the assosor wrote pure likes it was for my back issues and my mental health which has gotten worse. I don't think I did the Mr properly as I just wrote a letter I didn't know if needed more info as I thought they had my medical records. Anyway that didn't make a change so I appeal and wanted a paper hearing. I since had a letter saying that they needed permission for a medical report from 2016 to recently. Which I found was odd as the dwp claimed they made a decision on the assosor and my medical records. I have since had my medical records sent to the court. Now am just waiting to be given a date for a oral
As they advised that the oral hearing would be more better for me and ajoured the paper one. What can I do? I rang and asked if the dwp could re look at the decision and the lady said I would need to cancel my tribunal before they look at the new evidence. Just wanting to know what would be the best thing to do. The waiting is making my anxiety sky high and my depression is so bad. Am just worrying so much . Thanks
1 · Share on FacebookShare on Twitter