Becoming a mum as a young disabled woman — Scope | Disability forum
If we become concerned about you or anyone else while using one of our services, we will act in line with our safeguarding policy and procedures. This may involve sharing this information with relevant authorities to ensure we comply with our policies and legal obligations.

Becoming a mum as a young disabled woman

I’m Courtney. I’m 24 and I’m a mum to a six and a half month old baby boy called Hadley, and I live with chronic illnesses and a disability. I’ve recently started blogging again after taking a hiatus. I blog about the outfits that I’m wearing, baby and parenting, beauty, things to do with my health, and lifestyle over at Courtz Melvz. Today, I’m going to be sharing my experiences as a young disabled woman going through pregnancy and birth.

I found out I was pregnant on Christmas Eve 2016 (Merry Christmas to me!) Initially it was a shock and quite nerve wracking, considering the amount of medication I was on at the time of falling pregnant. I was taking a couple different opioids, as well as being on anti-depressants and trialling some new medication. I managed to reduce my medication to a safe level with the help of my GP so that I could still function and baby wouldn’t be at risk of harm. 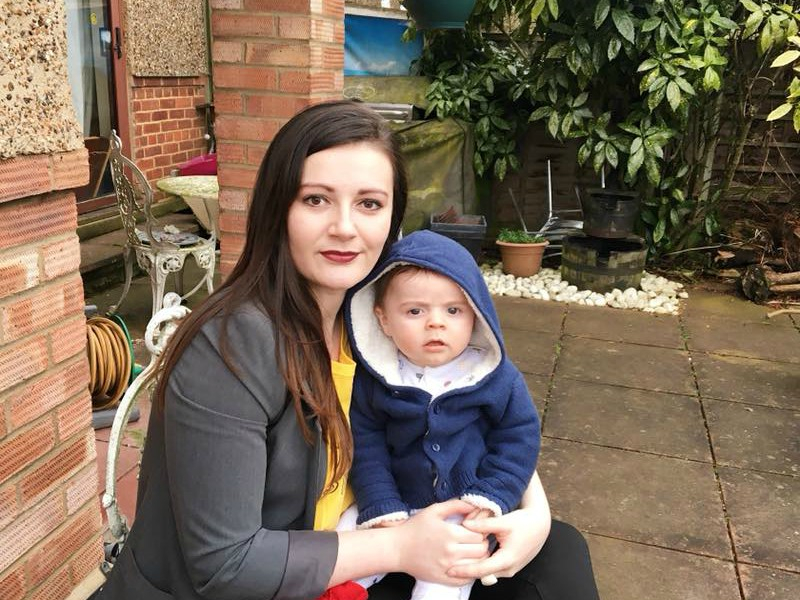 My midwife was supportive, but my consultants were the ones unnecessarily stressing me out. Every time I went to a consultant appointment, I would be met by a different doctor. It was frustrating and confusing, as one doctor would say one thing, and a different would say another. I left the appointments in tears on more than one occasion. I was meant to see a rheumatologist, and a cardiologist while pregnant. I didn’t get to see one of them during my pregnancy due to emails not being sent, and referrals not being made. My doctors and myself, came to the agreement that the best way for me to give birth, would be via caesarean under general anaesthetic due to my health conditions and possible problems with baby because of opioid usage.

My caesarean went quite well, and I’ve been left with a thin, neat scar. Unfortunately, when my baby was born he couldn’t breathe properly and went blue, so was transferred to NICU and intubated. He did have some withdrawals from the opioids and he was put on antibiotics for suspected sepsis. I took quite a long time to recover after the surgery, and actually spent around eight hours in recovery due to my oxygen, heart rate and blood pressure not stabilizing. One thing I remember was asking to use the toilet after being moved from recovery to HDU, (I had a catheter in) and the bag of urine looked like it was going to burst as they hadn’t emptied it. It hurt to go the toilet for a few days after that.

After a few days, I was moved into a room with my son on the SCBU so that I could be with him and look after him. I encountered most of my issues here. I tried explaining to the nurses, that I had had a caesarean only a few days ago, and that I suffered with chronic illnesses which would make it harder for me, but they weren’t interested. I was a wheelchair user at the time, (which they didn’t understand, even after explaining), I was beyond exhausted due to the surgery and having a new baby, and I was struggling with my heart rate due to the heat of the end of August. I had a good handful of people saying they were ‘worried’ about how I was going to cope at home with a baby, would someone be helping me, would I be able to handle it? I was trying my best and they made me feel that my best wasn’t good enough. I felt judged due to things that were completely out of my control.

My son ended up having to be sent home on a course of oramorph due to the withdrawals. However, he is now a happy, smiley, talkative little boy, with the most infectious little laugh. He’s absolutely thriving and seeing his smile, makes everything I went through worth it! 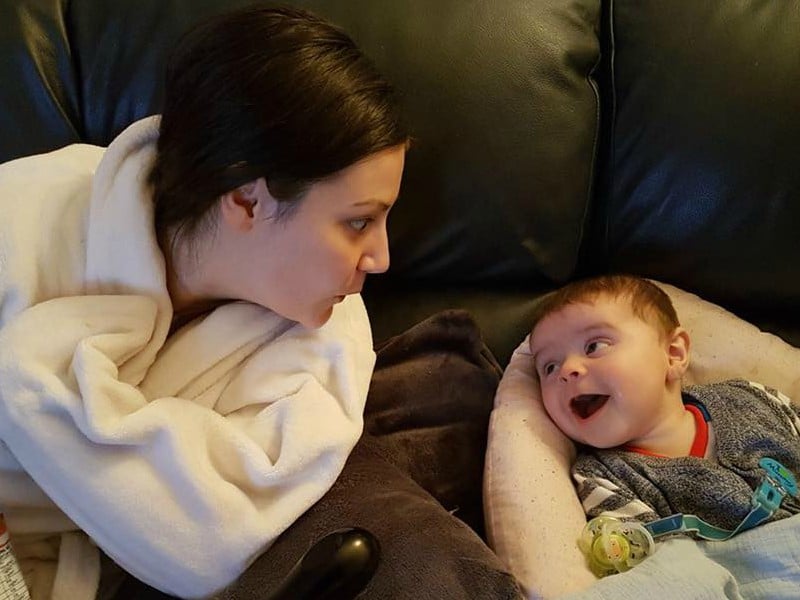 Looking after a baby is tough, but it’s even tougher when you have your own struggles. The best advice I have for anyone who is chronically ill or disabled and pregnant, is to make sure you have a good support network around you, whether that be with friends or family or whoever else.

Can you relate to Courtney’s story? We’d love to hear about your own thoughts or experiences in the comments below.