Taking a new step forward. — Scope | Disability forum
If we become concerned about you or anyone else while using one of our services, we will act in line with our safeguarding policy and procedures. This may involve sharing this information with relevant authorities to ensure we comply with our policies and legal obligations. 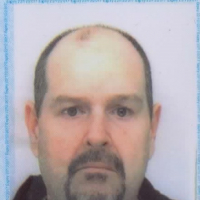 Hi everyone, It's been a while since I made contact on Scope, as some of you who might of read my previous posts. I've been struggling with becoming a widower and the sudden loss of my late wife of 25 years. I'm still finding it very hard and raw 2 years on, it still just seems like yesterday.

Also with her death having some issues around the grounds of medical negligence been investigated then I am still unable to start resolving my issues. However, I am trying to take some steps at moving forward in getting involved more with others, as I am aware that loneliness for me is in my view like a cancer that when it takes a hold of you, it suffocates you and drags you further down the path of depression. So in trying to put a stop to my loneliness, and so I've decided I need to take steps in a positive action.

I know that it is the trend now a days to have a bucket list, and at the age of 57 years young. I have started to write my bucket list and although not very long, and still open to having new items added. The first item listed on the top of my bucket list was take your Motorbike test. Many years back in the late 70s I was like most males in my age group and area, very much into motorbikes. And back then the motorbike laws were very different and you could drive almost any size CC bike you wanted with L plates on. I was the proud owner of a Honda CB 400 x 4, which I enjoyed going out on weekend runs to various destinations with my pals. However, time moved on and life changes take place and I went from a Lerner of a motorbike to becoming a fully fledged full car licence holder, and the motorbike enjoyment faded away. That was until I met my loving wife and soulmate Linzie, and although she was 10 years younger than me it was so incredible the amount of interests that we shared. And I was gobsmacked when she showed a big interest in motorbikes.

And we agreed that once we got to a point in our lives that we thought we would invest in a bike then we would, and I would obviously have to take my motorbike test. We started to look at   different types of bikes and we both agreed that we were not into the racing replica type of bikes, we both agreed that we were not speed freaks, and we wanted the nice and steady touring or cruising type of bike. And this was when we both fell in love with the Suzuki Virago, which was a cruising bike based slightly on the Harley davidson style. The Virago a load of chrome and this made the bike stand out, that was it, the Virago 1100cc was going to be our bike of choice and we started to make plans on starting down the track of becoming a biking couple. Sadly, things did not turn out how we were planning, and Linzie discovered that she had a heart condition, that she had no idea of having. She just started to complain of feeling fluish in the middle of summer. It was after this she was told of her heart condition.

So bringing you up to date, I have decided to honour my late wife by taking my motorbike test. I have contacted a local motorbike instructor, who has suggested that I start out with the CBT which is the first part of your motorbike licence. So I have started to take steps, I've provisionally booked a weekend session for my CBT, as the instructor only does the CBT's on a weekend, and I'm booked for the first w/end in May. I've also purchased a new and trendy motorbike helmet, and a set of all weather motorbike gloves. So I'm taking the steps on moving forward, when I have passed my test I will get the Virago that we both had talked about.

And I will take a photo of my wife with me close to my heart, and set off on the journey of the open road. Knowing that I have ticked one of my bucket list items off, and I am taking Linzie on the journeys with me fills me with hope and a thrill of excitement at what is a new step at moving forward.

Also I want to tell you of another aspect in my life that I have decided to take on as a pleasure and pastime that I did do on a regular basis. And that is Air gun target shooting, I have an Air gun and as I live in Scotland I also hold a current Air Gun licence which is now the law in Scotland. But I have always had a longing and a passion to shoot at a professional level and enter into competitions with the hope, aim, and goal of becoming a Disabled Olympian and Commonwealth medal holder. So, I live in the Lockerbie area of Scotland and I am looking at trying to join a shooting club that I can join and pursue my first step and ambition at becoming an Air Gun shooter representing Scotland. I have a long way to go but I am trying to head in the right direction, and I hope to be taking steps at making a change. If anyone out there knows of any Gun clubs in and around the Dumfries and Galloway area that offer Air Gun shooting ranges and Disabled access then please drop me a line, I would be very glad to hear from you, also if there are anyone who knows, or are aware of where I might be able to start my path down the road to become a professional shooter.

So, there you have it, my first steps at trying to move forward in my life with new interests and aspirations at a positive plan and view at making a change in my life. I would like to hear from anybody who has any advice, help, and positive views on how I can achieve my goals, and make my life better.

Thank you all for your time, help and support.