Accessing the support I needed — Scope | Disability forum
Find out how to let us know if you're concerned about another member's safety.
Read our community guidelines and our community house rules.

Accessing the support I needed

Hi! I’m Carrie. I’m 37 years old *gasps* and live with my husband and our two girls. I work part time for the Environment Agency where I lead an employee disability network supporting staff with fatigue related to a disability or long term health condition. I write a blog, amongst other things, over at Carrie Pawley Blog.

It was October 2015 when I was eventually diagnosed with CFS/ME, also known as Chronic Fatigue Syndrome or Myalgic Encephalomyelitis (ME). It had taken almost 18 months to get that answer officially, but having a label didn’t immediately give me the relief I had hoped it would. I’d been lucky though, the journey to diagnosis had enabled me to find some fabulous people in the NHS, and other people online going through the same things. It also showed me that even at my worst, I was one of the lucky ones. I was never a severe case, and for that I will always be grateful. 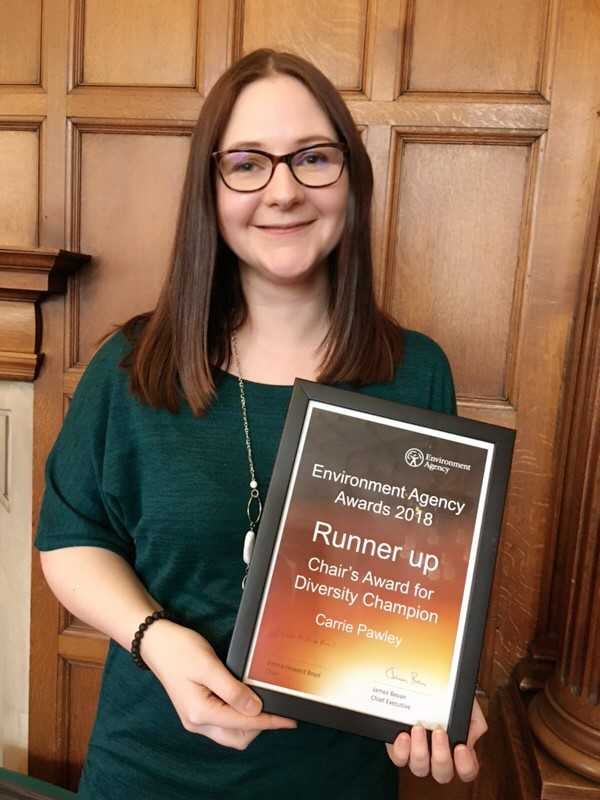 My GP was amazing; she was newly qualified and admitted she didn’t know much about chronic fatigue, but suspected that was what the problem was. What she did know, was that the best way for me to get better was to stop pushing so hard, so she persuaded me to agree to being signed of work sick at the end of 2014. She arranged so many tests for me, and did lots of research of her own. She’d phone me from time to time to update me on what she’d discovered and with test results as they came back. We were learning together and it made a huge difference to feel like I was being supported and believed.

She referred me to a rheumatologist who was convinced it was CFS, but couldn’t diagnose me herself. The waiting list for that referral was really long, so rather than wait and do nothing, she arranged for me to see the physiotherapy team.

I started hydrotherapy with my physiotherapist, Fiona. Eight weeks of really gentle stretches in what was basically a giant bath! It was amazing. Yes, there were occasions I overdid it and suffered for a few days, but Fiona listened when I said it had been too much and adapted things for me so they were at a level I could manage. From there I was able to start doing basic yoga stretches at home, and my activity very gradually increased. Without that support in those first few months from those three women, I’m not sure my recovery path would ever have begun.

Eventually I saw the local CFS specialist, and she made the official diagnosis, which meant I could access specific help for my condition. After about a year I went back to work part time, on a long- phased return with several adjustments to make working possible. I was able to manage that because my GP helped me again. She wrote a letter explaining my condition and the way it affects me, so that my manager could see I really did need those adjustments. I wanted to get back to full time, but that just hasn’t been possible.

I might not ever get back to the person I was before getting sick, but that’s ok. This experience has taught me so much about myself and about what really matters, my whole outlook on life has changed. And I’ll forever be grateful to the three women in the NHS who made the prospect of recovery possible!

The same isn’t true for everyone diagnosed with this condition. So many people right across the world can’t access the support they need and are pushed into treatments which aren’t suitable for them or neglected altogether. Had I not been referred to rheumatology, my experience would have been very different.

Is there one doctor or nurse you’ve met who made all the difference to your experience of the NHS?