NHS Hospitals — Scope | Disability forum
If we become concerned about you or anyone else while using one of our services, we will act in line with our safeguarding policy and procedures. This may involve sharing this information with relevant authorities to ensure we comply with our policies and legal obligations. 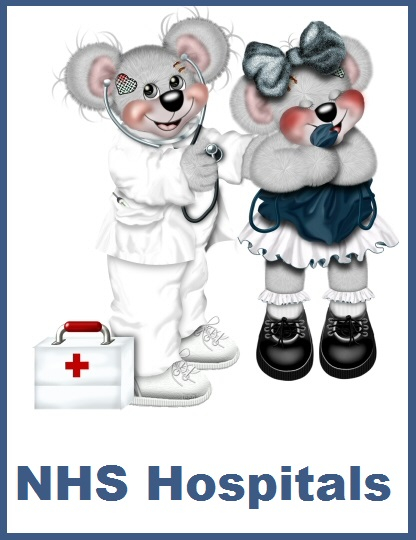 I was admitted to Fairfield General Hospital Stroke A & E Department on 14th July 1018 at approx 10.30am with a TIA, I  started having a seizure at 9.20am I felt in a daze with both arms & legs violently shaking about as well as my head, I also felt a burning sensation in the top back section of my head as well as left front side of my head also shaking from side to side, after 10 minutes I telephoned an ambulance I said just “Ambulance” Stroke” as I wanted to say more but could only get 2 words out to explain, she said address please I very slowly said, Rose…wood  Crescent, ...Chadderton, then strudeled any thing strudel to say more so she stayed on line & asked me to try & say what’s going on after a period managed to tell her about the symptoms I was having, when the ambulance crew turned up they asked what went on I eventually told them, the checked my heart & was OK discovered I had low oxygen level so put me on oxygen bu noise through asthma, then took me by stretcher in ambulance to Fairfield General Hospital the stroke doctor said we will give you a head MRI Scan so did when I had it still struggling to get any words out I said have “I stroke”  he said no I just said “TIA” he said no neurological so sending you to see neurologist so I went still struggling to speak, to [name removed by moderator] (spelling), he said “you have not had a TIA mmmm how can I explain this” he said “your brain runs like a computer but the brain more advanced then the computer & like a computer the brain crashes so your brain when you have a lot of stress & a lot going on in your life, that is what happened to you so we admit for observation over night then see you in the morning“, I just said very slowly & strudel said “but I have symptoms of TIA” he said “I don’t think so” smiling, I said “no you wrong” he said “I don’t think so Mr Fletcher I will now send you upstairs to rest & recover.”
He said “because a brain MRI Scan was not showing bleeding” he said “you could not have had a TIA!” I thought well a TIA often does not show up in MRI Scan & he should know that so why is he dismissing it? It upset me that a long standing Neurologist that I have known since 1994 when I had my first Major Stroke, then strokes & TIA‘s following the Major Stroke? Why was my records not checked when he was the one that wrote them all?
I have a stroke condition which has never been named, which I would like to know what it is called.
I had by 5pm fully recovered as chatted to the nurses & patient at side of me we even managed a laugh even though we where ill in health.
I discovered that Ward 5b was struggling to run it effetely because they had only half the staff that they needed the poor nurses was having to run from section to section of this large ward of stroke victims, which was making the patients anxious and upset, the nurses did the best they could but was run off there feet & unable to carry out all there duties to a professional standard and all patients suffered as result.
I only managed 3 hours sleep as was refused any medication in case of brain bleed so why say that when consultant said it was not TIA?
I saw a Dr AA Ansari a very nice professional consultant in the morning of Saturday 15th July 2018, who speciality general medicine arrange my medication. Unfortunately, the hospital only had half so had to wait for most medication till I got home.
In general I felt so sorry for the poor nurses that was doing a very professional job but could not carry out all there duties through being very short staff as head staff nurse told me so, I told her you doing a great job besides that well done, the next patient agreed with me.
I also felt sorry for all these poor patients that are not getting the proper care that they are desperately needing, something need to be done in our NHS Hospitals as similar in other hospitals around the country, please let me know any bad experiences that you have faced present or past.
I am going to campaign to get the NHS services, including social services, etc, so the more information I can get the better chance of us making changes to the NHS in England! So please any experiences you may have, will help with my new campaign that I feel strongly about, many thanks Kenny Fletcher x.
1 · Share on FacebookShare on Twitter