For anyone interested in Personal Independence Payment statistics — Scope | Disability forum
If we become concerned about you or anyone else while using one of our services, we will act in line with our safeguarding policy and procedures. This may involve sharing this information with relevant authorities to ensure we comply with our policies and legal obligations.

Government_needs_reform Member Posts: 859 Pioneering
July 2018 in PIP, DLA, and AA
See the cart below how many awards and percentages have certain types of awards and how long for in Personal Independence Payment. 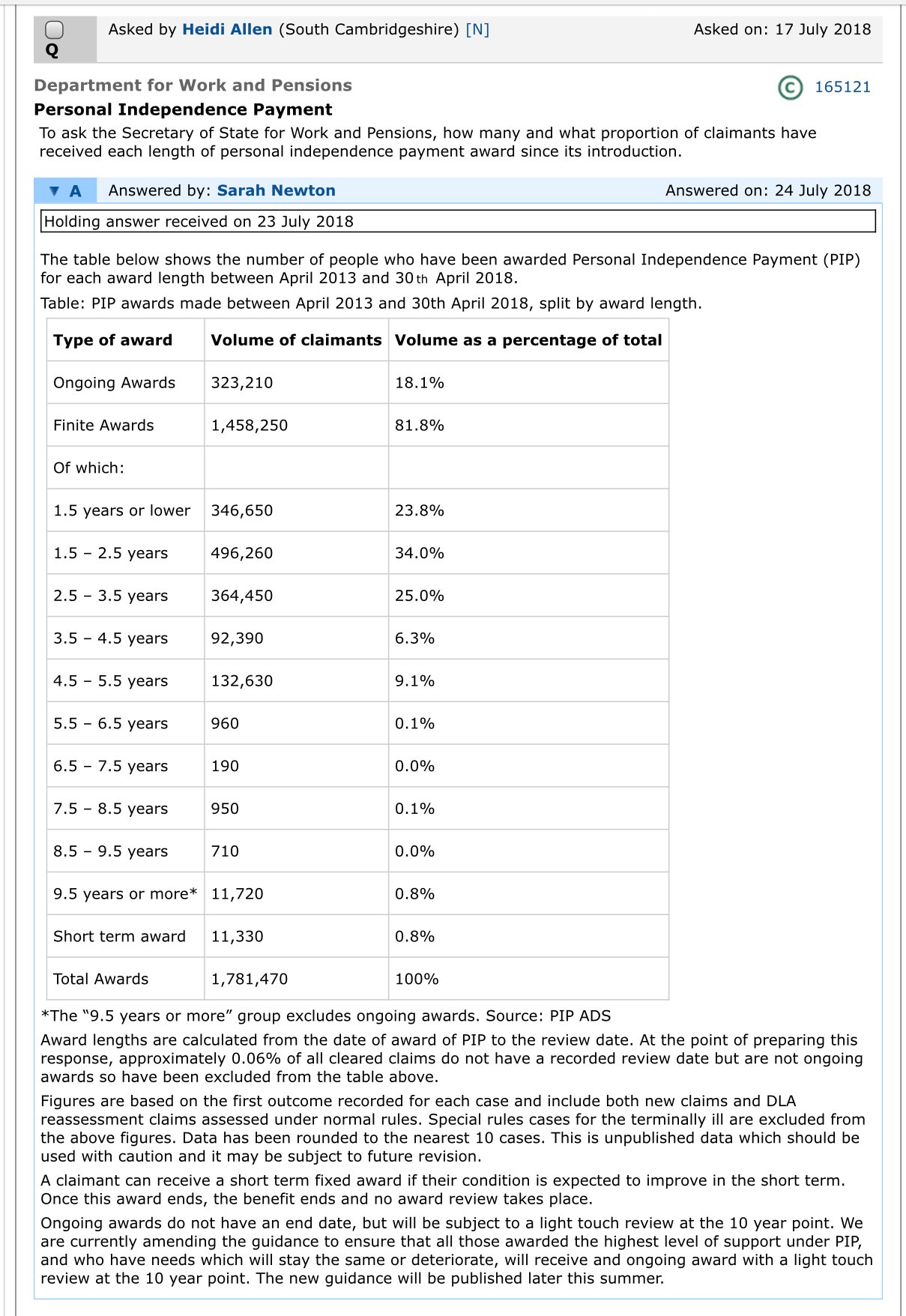