I don't know what to do! — Scope | Disability forum
Find out how to let us know if you're concerned about another member's safety.
Read our community guidelines and our community house rules.

I don't know what to do! 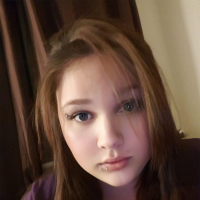 DaisyHunter Member Posts: 3 Listener
August 2018 edited August 2018 in PIP, DLA, and AA
I have my date for my PIP appeal. I have agraphobia and I am going to struggle going. But I need advice. If I do go wouldn't that look contradictory to my evidence. All the evidence from my mental health consultant all says I can't leave the house due to agraphobia and intense fear of the outside. Surely going to the tribunal is going to contradict everything mental health have said. I've asked for my reprisentative to be there instead of me. And they have agreed. But I don't know what to do.
1 · Share on FacebookShare on Twitter