Pip assessments and lies — Scope | Disability forum
Find out how to let us know if you're concerned about another member's safety.
Read our community guidelines and our community house rules. 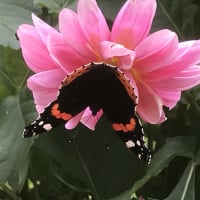 blueboy87 Member Posts: 69 Courageous
August 2018 in PIP, DLA, and AA
when my brother in law had his assessment I was with him the assessor was a nurse what was said in the assessment was totally different when he got his outcome how can someone who has seen you for 30 minutes really know the extent of their problems
1 · Share on FacebookShare on Twitter