Assesors report and points — Scope | Disability forum
Find out how to let us know if you're concerned about another member's safety.
Read our community guidelines and our community house rules. 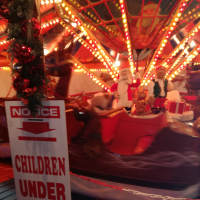 Saracen Member Posts: 66 Courageous
August 2018 in PIP, DLA, and AA
Hi all
new to this site but I am really worried had a pip assessment 2 weeks ago and was told by cab to ring for a copy of my of the assessors report  which I did on Friday and the women said allow 10 days to receive it low and behold delivered Saturday at 10 am less than 20 hours after I asked wow.

now i done this and according to the assessor i got 13 for care and 20 mobility now back to my friend he told me the decision maker would only take advise from this assessor and could award me 0 points on both is this correct really panicking now .
sarry21
1 · Share on FacebookShare on Twitter