Court failed to send report? — Scope | Disability forum
If we become concerned about you or anyone else while using one of our services, we will act in line with our safeguarding policy and procedures. This may involve sharing this information with relevant authorities to ensure we comply with our policies and legal obligations. 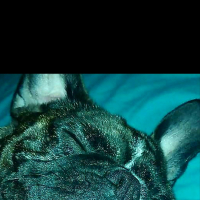 juliemilo Member Posts: 2 Listener
August 2018 edited September 2018 in PIP, DLA, and AA
Hi new to the group just wondered if anyone else had encountered this problem i won my tribunal on the 25th July I rang today to check witb pip how my claim was going and they have said the courts failed to send the report so they aren't aware of my outcome ! Checked with the court and they emailed the outcome and sor the same day now pip are saying I will have to wait another 28 days for them to look at it as ive posted copies of mine and a further 28 days if they agree for any payments
0 · Share on FacebookShare on Twitter