separation anxieties and help for my son — Scope | Disability forum
If we become concerned about you or anyone else while using one of our services, we will act in line with our safeguarding policy and procedures. This may involve sharing this information with relevant authorities to ensure we comply with our policies and legal obligations.

separation anxieties and help for my son 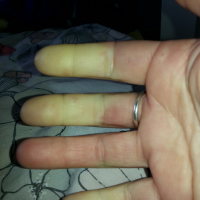 jaxs Member Posts: 13 Listener
August 2018 edited September 2018 in PIP, DLA, and AA
my son shows signs of autism and i have been told off 3 professional people to get him tested ,,a year an a half ago he was tested they said he was borderline autism and had separate anxieties ,,
when he was 7 he lost his hair and was severely bullied from teachers and other peers he ended up with a special needs statement and was put in special school
hes now 23 and never leaves the house he was getting dla but assessed for PIP on saturday i know it went horribly wrong he suffers severe depression and has tryed to take his own life i have been every where for help ,, he had a social worker a year and half ago but all he kept saying was get ur shoes on and go get a job .. im at my wits end  can anyone advise what i can do to help him next ,,
1 · Share on FacebookShare on Twitter