Not sure how much more I can take (Sorry it’s long) — Scope | Disability forum
If we become concerned about you or anyone else while using one of our services, we will act in line with our safeguarding policy and procedures. This may involve sharing this information with relevant authorities to ensure we comply with our policies and legal obligations. 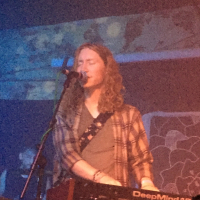 alibabi67 Member Posts: 22 Connected
September 2018 edited September 2018 in Mental health and wellbeing
Not sure where to start because I have had trauma pretty much my whole life, but 6 years ago I had a total breakdown and was suicidal and was diagnosed with bipolar disorder. I was put on quetiapine and for the next couple of years it was bliss, the best I have ever felt. No ups, no downs just a steady pace of normal. The downside I slept so much, I could sleep for at least 16 hours a day. I have 3 boys, one who is 20, a ten year old and an 8 year old. I came off the qetiapine because of the constant sleeping and have tried many other medications (currently on Valproic acid) but it just doesn’t keep me stable, I have a week of bad depression where I am so irritable I want to claw my own skin off and then I will be ok for a week or two, then it’s a week of being high buzzing around like a bloody hummingbird. During my time on medication my weight has ballooned to 21 stone and 2 years ago whilst trying to lose weight I knackered my knee so badly I need a knee replacement, which they won’t do because I am too heavy, but I can’t lose weight because of the meds and I am now more or less immobile using a crutch to walk, bath lift because I can’t get in and out of the bath, raised toilet seats etc. I have tried to get bariatric surgery but was turned down and on appeal I was told I was “not significantly different enough from the rest of the population” to warrant surgery. I have PCOS which also makes it hard to lose weight, lipoedema in my legs. My 10 year old has ASD and is a handful and not in school at present because the education system is a bloody sham so I have him 24/7. My husband is awesome but I do resent him because he works full time and gets a life away from the house. 4 months ago my mum died of cancer and we had a lot of unresolved issues so much so that the family didn’t tell me she was ill until a week before she died (she had been in a hospice for 3 months on a DNR) so could of died without me even seeing her, that’s how much she thought of me. Now on Friday my father in law died suddenly of a perforated bowel. My husband had a breakdown 4 months ago and is still in recovery. We have no support and I am at breaking point. I want to phone the Samaritans but I know I will just cry so much they won’t even know what I’m saying. My 10 year old can be evil and will say he wishes I was dead like today, it’s my birthday but it’s been a non event as my husband is up north with his family and it’s just me and the kids. My 10 year old told he he wished I was dead, and everyone would be happier if I was dead so why don’t I just go and kill myself. (This is nothing he has ever heard us say) he says this a lot to me when he is in meltdown or generally **** off because things haven’t gone his way (he also has PDA) and the more he says it the more I think, maybe he is right. I am pretty useless, I can’t do anything with them because of my mobility, I don’t want to play with them half the time because of the depression. I went to the doctors a month ago to ask to referred back to the psychiatrist for a meds review and I got an initial appointment with a nurse. I called to say I needed a meds review and she said that they had to legally see me within 28 days and because there are no psychiatrist appointments I have to have that initial assessment. I explained I couldn’t get to them just for that as getting some one to have R is near impossible so she made this big deal of saying not to worry she would come out to me, she would make arrangements and wanted to help me (I pointed out I had been refused counselling twice because I am “too complex” ). Next thing she calls me on my appointment day asking why I haven’t turned up!!!!! So clearly didn’t listen to a ******* word I said. I don’t see the pshychiatrist until end of NOVEMBER. I’m trying so hard to cling on because my husband needs me right now but I don’t know that I can do it. I just needed to vent. Thank you to anyone who got this far.