Why 2 separate home assessments within a month of each other — Scope | Disability forum
Find out how to let us know if you're concerned about another member's safety.
Read our community guidelines and our community house rules.

Why 2 separate home assessments within a month of each other 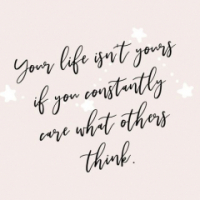 Dormouse Member Posts: 8 Connected
September 2018 in PIP, DLA, and AA
Around 4 weeks ago I was interviewed at home for my PIP claim (I'm already on middle rate till march 2019). The Assessor was half an hour late, but was polite and friendly enough I felt, with the assessment lasting just under 1 and a 1/2 hours. She said I'd get a reply in 3 weeks roughly. 3 weeks have passed and I've now received a duplicate to the initial letter telling me the same thin... I may need a face to face assessment  (identical to the letter they first sent) .

However, this morning, a letter arrives telling my they need to do a home assessment  (again!?) despite them sending a text to my mobile saying they'd received the assessment. Now Im totally confused. A letter has arrived literally moments ago with the date for the assessment. Why on earth would they want to assess me twice or is there a glitch in the system?
0 · Share on FacebookShare on Twitter