Down's syndrome — Scope | Disability forum
If we become concerned about you or anyone else while using one of our services, we will act in line with our safeguarding policy and procedures. This may involve sharing this information with relevant authorities to ensure we comply with our policies and legal obligations. 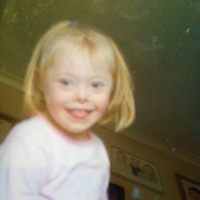 Judith72 Member Posts: 6 Connected
September 2018 edited September 2018 in Children, parents, and families
I have a 19 year old daughter with Down's syndrome.  She also had a heart defect at birth.  I'm happy to talk if anyone wants to know about my experiences and have a friendly chat with anyone in the same.e or similar boat.
1 · Share on FacebookShare on Twitter