I'm a full-time OAP unpaid carer — Scope | Disability forum
Find out how to let us know if you're concerned about another member's safety.
Read our community guidelines and our community house rules. 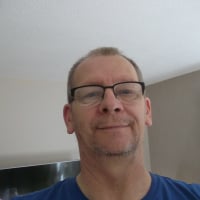 Tarbatness Member Posts: 17 Connected
October 2018 edited October 2018 in Children, parents, and families
Hello, I`m a full-time OAP unpaid carer, tending to the caring needs of a friend and have been doing this since my friend first became disabled, in 2006, through being attacked at work and shortly after having a massive allergic reaction to a pneumonia injection. The effects of these incidents resulted in my friend being medically retired from work and being diagnosed with Complex Regional Pain Syndrome, Fibromyalgia, Chronic Fatigue Syndrome/ME, amongst other illnesses..In 2011, my friend suffered a basilar tip aneurysm (brain aneurysm) which  meant several days in Intensive Care, followed by weeks in hospital. Up till then I had been working nights, doing some 50 hours a week and caring for about 60 hours a week during the day. Upon my friends release from hospital, with far more serious mental and physical disabilities, I took early retirement from work, in order to spend more time in my caring role - 100+ hours a week, which I`ve been doing since (2012). In 2014, my friend suffered a stroke and in 2015 was diagnosed with Type 2 Diabetes.

On call 24/7, I sometimes get called out during the night, but tend to get up around 7 am, take the dogs out, put the washer on, have a coffee or two and check my emails etc. Then each day unfolds differently, no guarantee on what how things will progress, but it usually means I`m kept busy up till midnight, when I finally get to bed !
0 · Share on FacebookShare on Twitter