DWP has not acknowledged my appeal — Scope | Disability forum
New to the community? Remember to read our community guidelines and our community house rules.
Concerned about another member's safety or wellbeing? Find out how to let us know.

DWP has not acknowledged my appeal 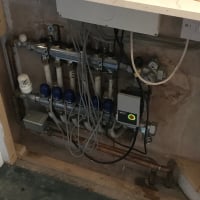 anonymous25 Member Posts: 1 Listener
November 2018 edited November 2018 in PIP, DLA, and AA
I was searching on the internet to see if anyone else has experienced what Im currently going through with appealing Dwp decision to stopping my PIP completely. In June 2018 I submitted an appeal to Tribunal and till this day off me posting this, DWP has not responded or acknowledged my appeal with Tribunal. I contacted DWP by phone and they apologised for not responding at all and said that they will send the pack with there defence in 2 weeks. 4 weeks have gone and still have not received pack containing DWP defence. yesterday I received a letter from Tribunal and they have stated that they are going to proceed with an oral hearing rather than paper hearing due to no response received. Im worried i will not get my PIP at all even if i win tribunal. Has anyone else out there been treated this way? can anyone advise?
1 · Share on FacebookShare on Twitter