Housing association and mobility scooter storage complaint — Scope | Disability forum
Find out how to let us know if you're concerned about another member's safety.
Read our community guidelines and our community house rules. 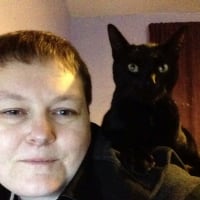 Angiebabes2410 Member Posts: 70 Courageous
January 2019 edited January 2019 in Housing, transport, and independent living
I was having an issue with my housing association with regards to my mobility scooter in the communal hallway where it has been for the last 3 years without incident however they put a sticker on it saying that if it was left in the communal hallway after the 17th of September they would remove it without further notice and destroy it.

Thank you for your email.

Our policy would be that permission needs to be sought for the shed initially. Your housing association holds the right to refuse this permission if it is not in the best interest of other tenants and could cause an obstruction.

It would be expected that with the correct insurance in place tenants are to store their scooter within their property as long as this is not causing an obstruction. If it was believed this was also causing obstruction we would refuse this permission also.

I have attached our policy for your to review but on this occasion we would not uphold a complaint.