Continued anti social behaviour in my area is making me worse :( — Scope | Disability forum
Find out how to let us know if you're concerned about another member's safety.
Read our community guidelines and our community house rules.

Continued anti social behaviour in my area is making me worse :( 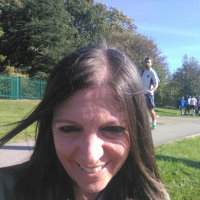 danicali Member Posts: 4 Listener
January 2019 edited January 2019 in Housing, transport, and independent living
Hello. I am new on this forum but nice to "meet you all". I have come here in hopes of support and I hopefully can offer some as well...

Anyway, I am 52 years of age and I live in a smallish village and some of the locals consider me an outsider since I moved here, and I've suffered ongoing, off and on, anti social behaviour by a few of them.

First off, I will say that I was recently diagnosed with autism - yes, this late in my age - although I guess it's considered "high functioning" whatever that means... I also have bowel disease which leaves me unwell many days each month so I am on long term ESA at the moment. I also suffer anxiety, panic, and post trauma from years of severe abuse by an ex partner.

And all I've wanted for so long was just to live in peace. But it never seems to happen. Over the past few years, in my social housing flat, I've had the following happen:

- Rubbish left at my doorstep or around the outside of my flat
- A sudden mouse problem which I believe was done purposely via my letter box when I was out
- Moving my bins around or to the back where it's hard to get them, using my bins when they have their own, taking out the other neighbour's bins for them but always leaving mine
- Accepting parcels for me then not bringing them over to me, and even though I've asked them to please not accept for me, they continue to do so. It takes me 3 to 4 days to get my parcel from them as they don't open the door
- Knocking on my door and running away, and this has recently started happening in the middle of the night and terrifies me
- Damage to my car, suspected messing underneath it (my exhaust fell out from the bottom and later my heat shield), and car aerial stolen twice while it's been parked in the drive
- Partially blocking my car in its drive so that it's really hard to get out
- Smoking just underneath my bedroom window so my bedroom fills up with smoke
- Making lots of late night noise that wakes me up and I can't get back to sleep so I spend so many days exhausted, dizzy, unwell due to lack of sleep. I've missed appointments, etc because of this
- Destruction of the key safe box outside my property, had to change the locks

I have spent a few hundred pounds on cameras and other things to try to cope and protect myself, and while the camera on my window ledge seems to have helped with the messing with my car and bins, I am still being messed with and the noise in the middle of the night is driving me crazy. It just cost me another £100 to install a peep hole camera at my front door given the knocking at 4am and then again at 5am

I have told the housing officer, many times over the years, about these incidents, and she has done NOTHING at all. I've asked to be rehoused, that has been flatly denied me. So I am stuck here.

What upsets me the most is that I am a nice person and I've never done anything to these people so why would they mess with me? I feel I am targeted because I am a lone female without a male partner, and also as I said, not from the village.