SSCS1 FORM ask your MP Was you told the same? — Scope | Disability forum
If we become concerned about you or anyone else while using one of our services, we will act in line with our safeguarding policy and procedures. This may involve sharing this information with relevant authorities to ensure we comply with our policies and legal obligations.

SSCS1 FORM ask your MP Was you told the same? 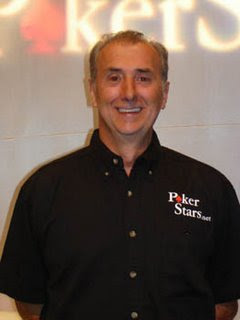 STANDUPOAP Posts: 60 Connected
February 2019 in PIP, DLA, and AA
Yea I'm new here, hi everyone, my wife was asked to go for a PIP assessment after 10 years of being on higher disability benefit, The lady at the assessment centre was not from this country her English was straining to understand but treated her ok, asked many questions asked her to walk up the aisle. When they sent back  their report she  NO POINTS card. 10 YEARS DISABLED her leg never got any better, bless her, now she not disabled? Can that be possible? sent in appeal and mandatory request with SSCS1 form, as you do, as we all did. SCOPE tells you where you can get The SSCS1 form.  OLD age Pensioners can download it off the internet, (yea sure they all know how to do this) That saves the DWP a few bob and SCOPE says nothing about those that have no computer nor does DWP. But not a problem for SCOPE says you can get SSCS1 form from Local Library, Citizen ADVICE BUREAU, CARE Community, YEA phone up 34 libraries none had the forms 22 CABs STILL NO FORMs tried CARE Community they never had the form either, IN the end I waited half an hour in Citizen advice B and they downloaded the document you ALL MUST HAVE. but and there's always a but nobody at the CAB was available for 5 weeks to help me fill it in? So not going to give in yet, gets me self up to this Care Community place and Bingo they got an elderly lady who knows all about how to help fill in this VITAL SSCS1 form. Sorted, so go and get 4 copies of this form. Send one to DWP one to hcc Courts sent by registered mail all with in time. 28 days. Then about 6 weeks later we get a letter from the Courts saying we have to go to Court but it might be some time as they are behind. Then we get a letter from DWP 100 page letter giving all the details, all letters doctors reports assessment centres results. Even from people my wife never met, twice. ANYHOW IF YOU HAVEN'T FALLEN ASLEEP YET AND YOUR GETTING BORED MAKE A CUP OF TEA GOT SOMETHING TO TELL YOU MIGHT JUST MIGHT GET YOU ALL YOUR PIP BACK MIGHT HAVE GOOD CAUSE FOR WHAT HAPPENED NEXT

I'M reading the 100 page report and I cant find the SSCS1 form in our defence, I sent a copy to DWP and a copy to the Courts, Yet both never realised or noticed that it was missing. Now as SCOPE and The courts tell YOU YES YOU that there's no need to bring anything to the courts because the DWP WILL SEND ALL TO YOU. so the Courts trust the DWP to do this? WHAT say that again. the Courts state on the sscs1 form the DWP will do something so you don't have to? are they working together?  So I get onto our MP  no other than ALOK SHARMA DWP MAIN MAN, asks him about best way forward about this? and asked him not to do anything without my say so. BANG, BANG what does he do, He sends the Courts a letter asking why this SSCS1 form is not in the 100 page DWP defence script. What? He went behind my back and asked if this form should have been submitted in this DWP report. Got a letter from the Courts yes it should have been included. And then they went and informed the DWP. So if they left out this very important SSCS1 form of ours what did the DWP leave out of your PIP claim? The Court will be found unfit due to this Error of Law. Stating DWP will send all correspondence  about your PIP claim. So yes what will be the next move by DWP by COURTS now after this error. Should imagine they would have to pay all those that lost there PIP Claims as this Statement from the Courts on DWP behalf doesn't hold up. Haven't as yet got anything from DWP. But I expect there's people on this site that work for DWP who will come up with something to wriggle their way out of this one, wait and see. ASK YOUR MP to ask DWP about this SSCS1 Form stating NO need as even SCOPE says? GOOD LUCK This all happened last week.