PIP — Scope | Disability forum
Find out how to let us know if you're concerned about another member's safety.
Read our community guidelines and our community house rules. 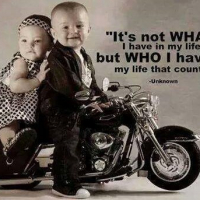 Activist Member Posts: 7 Listener
February 2019 edited March 2019 in PIP, DLA, and AA
I am trying to get a class action together with [solicitor name removed by moderator] against Dwp for Pip maladministration as issues like lies by them,2 lots of decision makers decisions overturned by tribunal judges twice now..

I know there are others out there who have been similarly treated.If anyone is interested in trying for a class action against the Dwp please comment.I have approached [name removed] as they have a very good human rights record and excellent lawyers...funding will be the issue but if say 100 people applied for class action some would qualify for legal aid but owner occupiers would not due to legal aid being cut back in civil cases by the tories so if we can get together 100 to 500 people this would be an impact class action.

[name removed] are very competant in massive class actions and have a couple going already with around 600 people in other medically oriented medical class actions..with Pip claimants we have personal injury as well as disability rights Infringed...PI can be used as the extreme pressure you are unnecessarily put under can accelerate depression anxiety stress sleeplessness ocd also the maladministration in MRs not being properly done so tribunal judges overturn dwp decision makers plus the length of time it takes to get to and through tribunals then an 8 week wait afterwards to get your award,making the whole PIP assessment and points system they have not fit for purpose.

If interested just leave name and email and I will fwd to solicitors for consideration for class action against the DWP..have written to them with my own issues and stated class action would be a good way fwd as everyone's cases are all so similar having to put up with their lies and maladministration..so personally feel class action is the way fwd..Thanks..
1 · Share on FacebookShare on Twitter