Shocked and stunned I WON the PIP and got more surprises. — Scope | Disability forum
Find out how to let us know if you're concerned about another member's safety.
Read our community guidelines and our community house rules.

Shocked and stunned I WON the PIP and got more surprises. 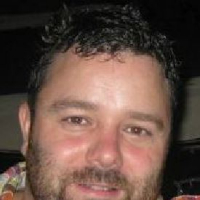 RTX2080 Member Posts: 31 Courageous
February 2019 in PIP, DLA, and AA
Good morning all, I have been fighting for the pip for some time, appealed twice as as per norm turned down? My mental health issues go back to when I was a child and right the way through my life, the restrictions its caused me are phenomenal, Whilst if you where to be sat here talking to me I would give the impression I was ok and you wouldnt guess anything was wrong there is something quite vast not right with me when I do open up and my psychiatrist and doctors as well as my psychiatric nurse where trained enough to spot this in me.

I cant tell you how upsetting and disappointing it is "As most of you on here will know" when you loose an appeal of receive  that dreaded letter from DWP saying NO! more so when you know that you are telling the truth and its YOU that has to live with it all. For me it has been an overwhelming couple of days for me and I am still to have a decent nights sleep, I received a call several days ago from DWP which I wasnt expecting? I was in the beginning stages of using the Tribunal service to appeal so I really didnt expect this call? the lady asked me some security questions and went on very politely to tell me a key couple of words which I had done to make my case have the maximum exposure which I had posted on this very site months ago that I would do this. She said that she is going to award me the PIP benefit and the absolute "Top Tier" payment. On top of that and whilst I was trying to absorb this which was so hard she also said she is going to back pay me from when I started the claim which was an absolute monster payment I also wasnt expecting! And to top it all she said that they normally review cases after 3 years but in my case she was going to extend it considerably meaning I wouldnt need to be reviewed for many years!!!

I was so overwhelmed! the massive payout due shortly to me, the fact someone listened and I won and the massive extension it was just amazing.
My claim was a massive thing for me both psychologically and physically, I had time and time again typed 5/6 thousand word SA's and had to get help off my wife to spell check them and make some of the wordings I had put understandable but then to use them as best I could, I have to be honest I was as good as given up after my second appeal. Due to using the NET for more than 20 years I used what experience I had to take this on and hit where it hurt which I strongly believe caused my outcome to win.
I will remain on this forum as there is such a lovely bunch of people on here and the Admins are amazing and offer such a fantastic level of support few sites can parallel but I wanted to thank all those on here who supported me and helped me and if I can be of any help let me know.
Best wishes
RTX.
2 · Share on FacebookShare on Twitter